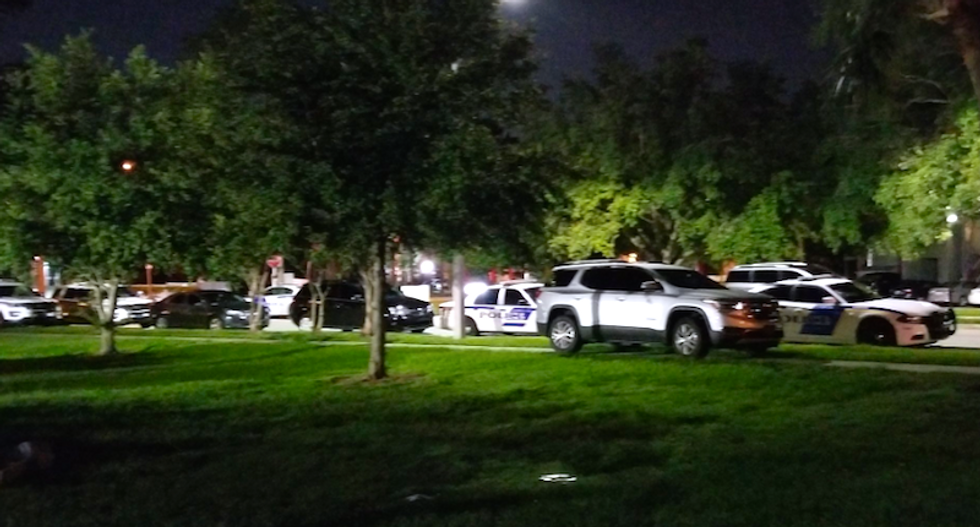 A Florida man killed four children and shot a police officer before he took his own life, ending a daylong standoff with police on Monday, police said.

The standoff started shortly before midnight on Sunday when police responded to a domestic violence call from a woman at an apartment complex in Orlando, Florida, the Orlando Police Department said on Twitter.

When police arrived, the suspect shot a police officer and then barricaded himself inside an apartment where he held hostage four children ages 1, 6, 10 and 11, police said.

The standoff ended at about 9 p.m. local time on Monday, when police entered the apartment and found the children and the suspect Gary Wayne Lindsey Jr. dead of gunshot wounds, Orlando Police Chief John Mina told reporters during a press conference.

“Our hearts go out to all of the families involved,” he said.

The officer who was shot was in critical condition, Mina said.

Two of the children were Lindsey’s. The woman who called police was the mother of the other two children, the Orlando Sentinel newspaper reported.

Lindsey was a felon on probation after he pleaded no contest to arson and other charges stemming from an incident in 2008, the newspaper reported.

Reporting by Brendan O'Brien in Milwaukee;Editing by Michael Perry