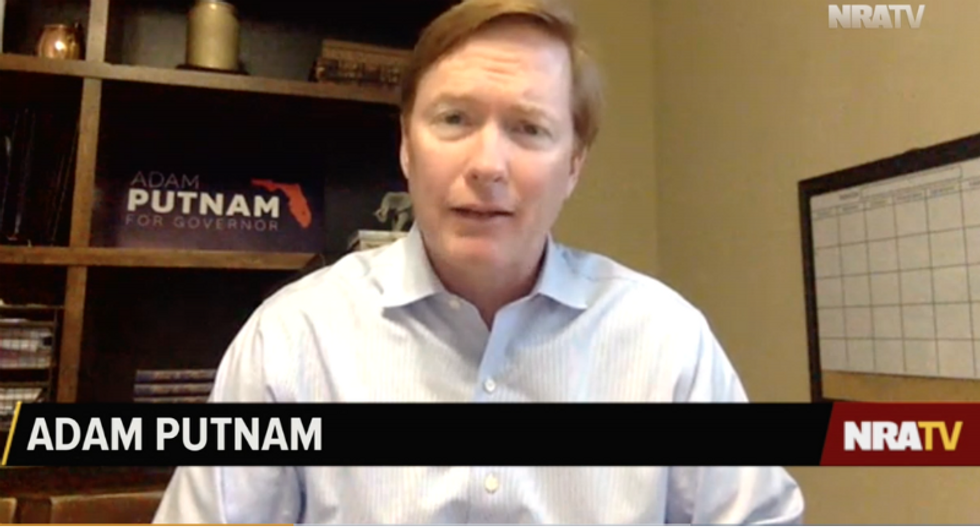 Florida's GOP agriculture commissioner failed to conduct background checks for concealed carry permits for over a year because his staff was unable to log into the required database.

The Tampa Bay Times reported Friday that a report from the Florida inspector general found that the office of Agriculture Commissioner Adam Putnam — a self-described "Proud NRA sellout" — did not conduct the background checks from February 2016 to March 2017. As the report noted, that time period coincided with both an "historic spike" in concealed carry permits and the Orlando Pulse massacre of June 2016.

"The employee in charge of the background checks could not log into the system," the Times' report noted based on the IG report. "The problem went unresolved until discovered by another worker in March 2017 — meaning that for more than a year applications got approved without the required background check."

The previously-undisclosed IG report noted that the National Instant Criminal Background Check System — a nationwide database that cross-references applicants' records in other states — is "extremely important" because it ensures that people applying for concealed carry permits are legally qualified to own concealed weapons. Concealed carry licenses "may have been issued to potentially ineligible individuals" during the 13 months the problem went undetected, and the report noted the information "could cause an embarrassment to the agency" if it were ever revealed.

The Times noted that Commissioner Putnam "has made it a priority to streamline the system for requesting concealed weapons permits since he was elected in 2010." He celebrated the state's millionth concealed weapon permit in 2012 and bragged that the length of the process went down from 35 days to a mere 12 days during his tenure.

In July 2017, just a few months after the database login issue was reportedly fixed, Putnam tweeted in response to accusations that he was a pawn of the NRA, claiming he was "proud" of the hashtagged #NRASellout moniker and inviting his supporters to join him in labeling themselves as such.

Putnam is currently in the running to be Florida's next governor.