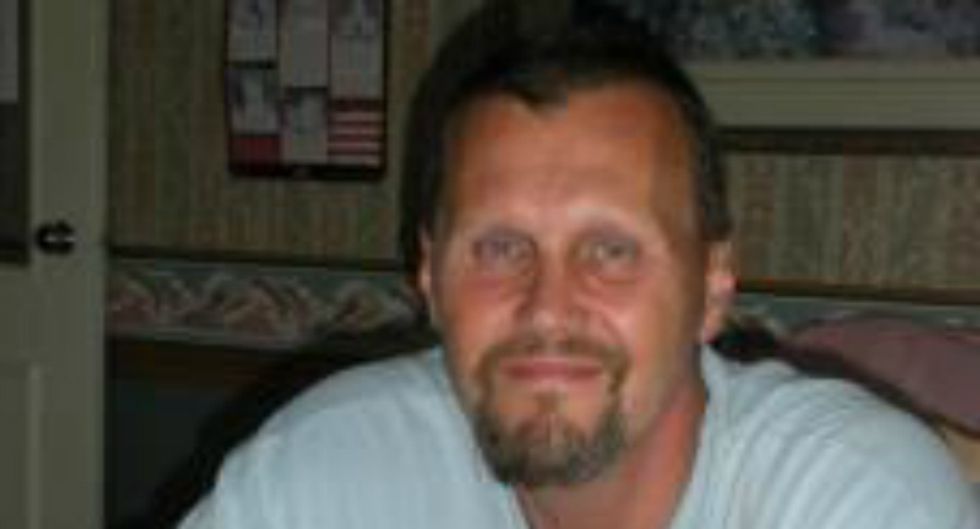 An Indiana neo-Nazi was charged with battery and disorderly conduct after punching a man at a taco truck and shouting racial slurs.

The Indiana Daily Student reported that Bloomington's Paul Farrow confronted a man waiting for food at a taco truck by punching him in the chest, calling him a racial slur and telling him to go back to where he "belongs." He left the initial scene and went to a bar, where police approached him and learned that he considers himself a member of the Aryan Nation, a violently racist neo-Nazi group.

While being questioned by police, Farrow reportedly yelled racial slurs at the officers and at bystanders while being escorted out of the bar in handcuffs. The report noted that the neo-Nazi was charged with battery and disorderly conduct instead of a hate crime because Indiana currently does not have a hate crime statute.

The Daily Student noted that Farrow's criminal record includes an arson count after he set an exotic dancer's car on fire in 2012. A Facebook search for the name "Paul Farrow" combined with the term "Aryan" revealed the profile of a Bloomington man who posted repeatedly about the "Aryan race" and shared links to former Ku Klux Klan leader David Duke.