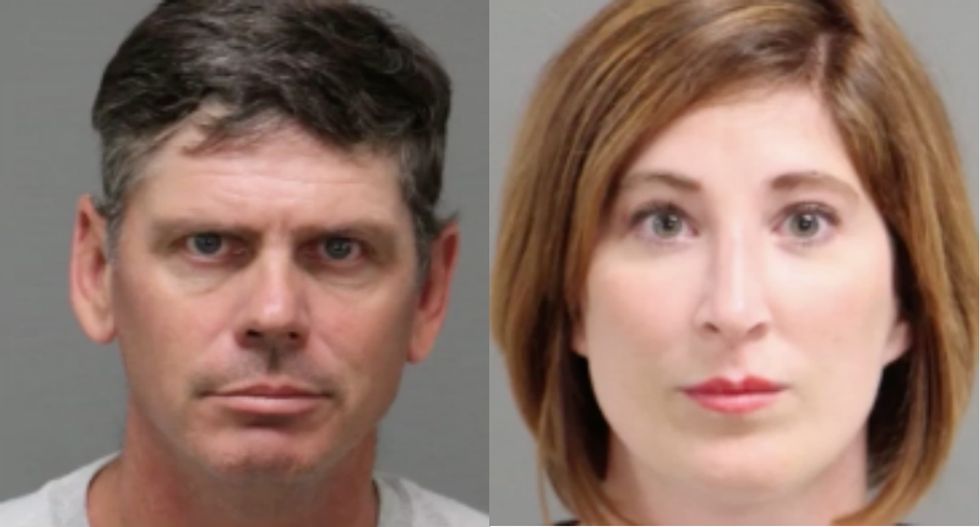 A call from a teen's grandma about extreme physical and mental abuse led to her parents' arrests — but the woman said it wasn't the first time she'd alerted authorities to the girl's treatment.

Raleigh, NC's WRAL reported that Russell and Michelle Smith subjected their daughter to abuse that included making her stand for hours on end, exposing her to extreme isolation and "failure to provide education" for two years.

The girl's Texas-based maternal grandmother, Tammy McKinney, told WRAL the call that finally led to the Smiths' arrests wasn't the first she'd made.

"There have been years that I have tried to do things," McKinney said. "A grandmother in Texas has no rights. No one would listen."

A Snapchat message from her teen granddaughter finally led authorities to take action. In the message, the girl had a black eye.

"Russ was holding her there and I think she had blood on her," McKinney said. "And then I got the picture of the black eye and she said, 'Help, call the cops,' and I said 'I'm calling them right now.'"

The couple have a combined five children, and the girl's grandmother said that soon after her daughter married Smith, she was cut out of her life. The grandmother told WRAL she believes alcohol and drugs were involved, and the report noted that at least one other child in the household was abused as well.