'Pay tribute to the president': Fox panel claims Eagles are 'narcissistic, egotistical' and have 'god complex' 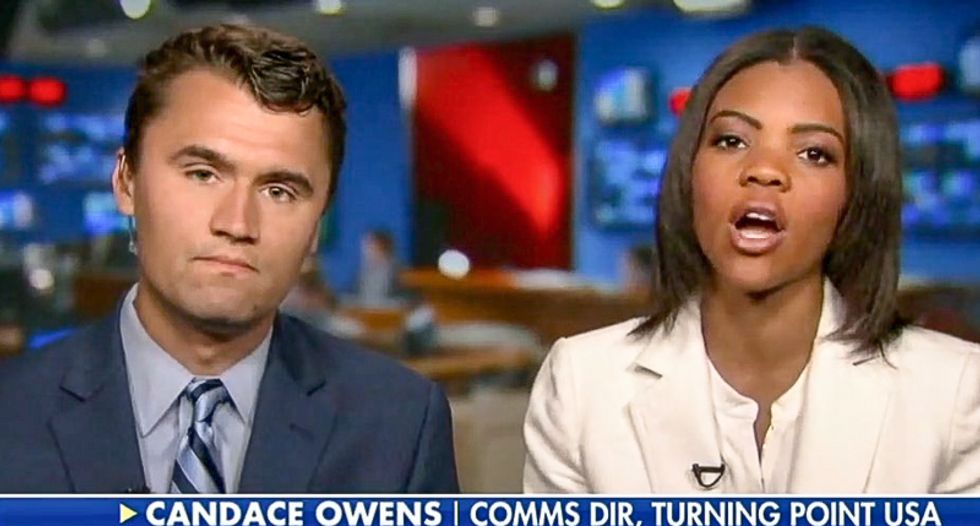 Conservative Fox News commentator Candace Owens on Wednesday blasted players on the Eagles NFL team and accused them of having a "god complex" because they declined an invitation to meet President Donald Trump at the White House.

During a panel discussion on Fox & Friends, Charlie Kirk, founder of Turning Point USA, a pro-Trump super PAC, complained that "only in America" could football players win the Super Bowl and "not pay gratitude to our president."

Owens, who also works for Turning Point, argued that the players could not have a productive conversation with Trump because they are too "narcissistic."

"What we're really seeing is a window into the narcissistic, egotistical minds that is the celebrity brain," Owens said of the Eagles players. "They actually think that they deserve more honor and more respect and more dignity than our veterans and our troops."

"And they're unwilling to work with this administration simply because they have a god complex," she continued. "I think what President Trump did here is so great. It's exactly what needed to happen; a separation between the church and the state, the celebrities and the White House, especially on the backs of Barack Obama, who is honoring these celebrities and making them feel that there were better than the American people."

"I don't take that problem to be one of the big problems that is facing the black community," Owens replied, dismissing the players' concerns. "The bigger problem is black on black crime. Until they're willing to talk the deeper issues that are rooted in our communities, I will not take seriously this war on our police officers, who in fact save black lives."