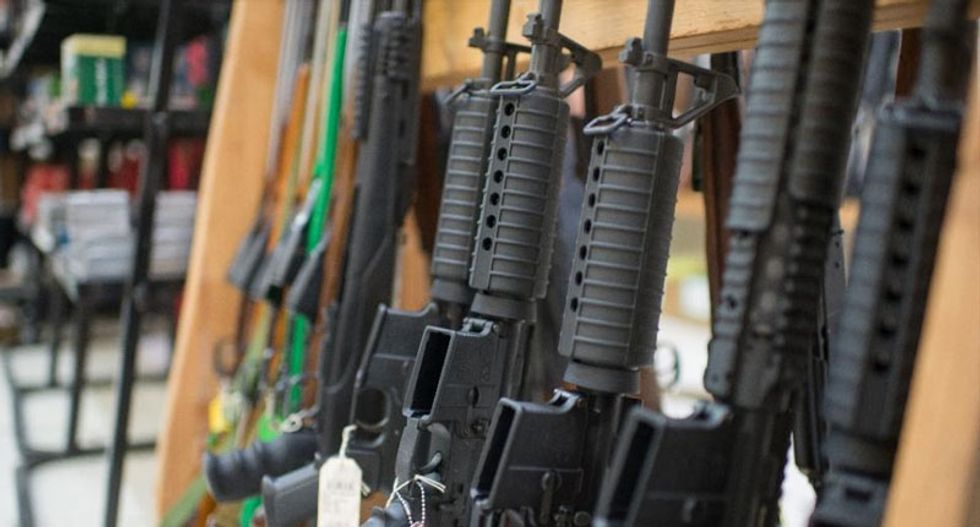 Testifying before a senate committee overseeing education funding, DeVos confessed that in her endeavor to protect America's schoolchildren, she was not planning on studying the role that the widespread availability of military grade  weaponry plays in shooting massacres.

As critics of the administration have noted before, White House officials seem to think that anything is better than pursuing sensible gun control—including allowing teachers to carry weapons.

Teachers unions do not agree. And neither do many survivors of mass shootings.

On Wednesday, Abbey Clements, a former teacher at the Newtown, Conn., elementary school where 20 children and six adults were gunned down, told the Politico that arming teachers is not the answer.

“I would like to make something perfectly clear — had school employees been carrying guns at Sandy Hook, it wouldn’t have made us safer,” she told the Politico. “It very well might’ve made things worse.”

“You must understand how fast shootings happen,“ Clements said. When she'd first heard the gun shots she knew it was her job to keep a roomful of second-grade calm. “Say I had a gun. Would I have left my terrified children? Never.”