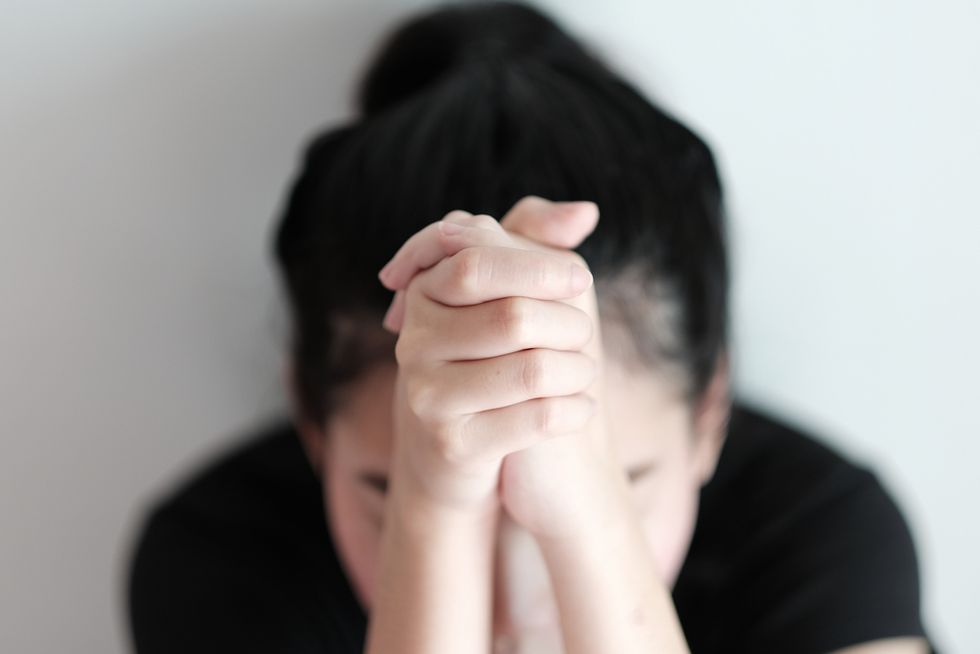 An out-of-focus woman with her hands clasped in prayer. Image via Shutterstock.

The tech world is an industry that valorizes going against the grain — and employees and job candidates who adhere to more traditional lifestyles are often left in the dust.

In a column for Vox's First Person essay series, former Google employee Caroline McCarthy wrote that when infamous former Googler James Damore filed a lawsuit against their shared ex-employer for alleged discrimination against his conservative beliefs, her initial reaction was different from most readers'.

"My mind jumped not to aggrieved Trump supporters," McCarthy wrote of Damore's class-action suit against the company, "but rather to culturally conservative people, particularly those who follow traditional Western religions."

"Working in the industry, especially as a former Googler, when I hear allegations that tech companies have a baked-in bias against conservatism or claims that conservative employees didn’t feel comfortable being open, my immediate reaction has been: Well, of course they don’t," she wrote. "And such allegations have become a chorus on the right. But I think the kind of conservatism that Silicon Valley is hostile to has less to do with politics and far more to do with lifestyle."

“We are bringing together the sacred plant medicine Ayahuasca with leaders at the world’s most innovative startups,” the email read. “Together we will go on a journey to deeply explore our individual and collective purpose.”

Such events are the norm in Silicon Valley, McCarthy wrote, adding that it's far more usual to encounter a coworker who "spent the previous weekend attending an electronic music festival in an otter costume" than one who goes to church weekly.

"In Silicon Valley, to be perceived as inadequately open-minded — as defined by the norms of this peculiar culture — induces awkwardness at best and, sometimes, outright hostility," she wrote. "It’s a place where that false binary of “rationality” versus 'faith' is often accepted as truth."

McCarthy argued that the tech world's "avowed rationalism and skepticism has some very obvious contradictions."

"There are prominent factions in Silicon Valley who would scoff at anyone’s belief that Jesus Christ could really perform miracles," she wrote, "but who would have no problem believing a tweet that read 'Just turned water into wine!' if it came from Elon Musk."

Read McCarthy's entire account of being a religious person in Silicon Valley via Vox.