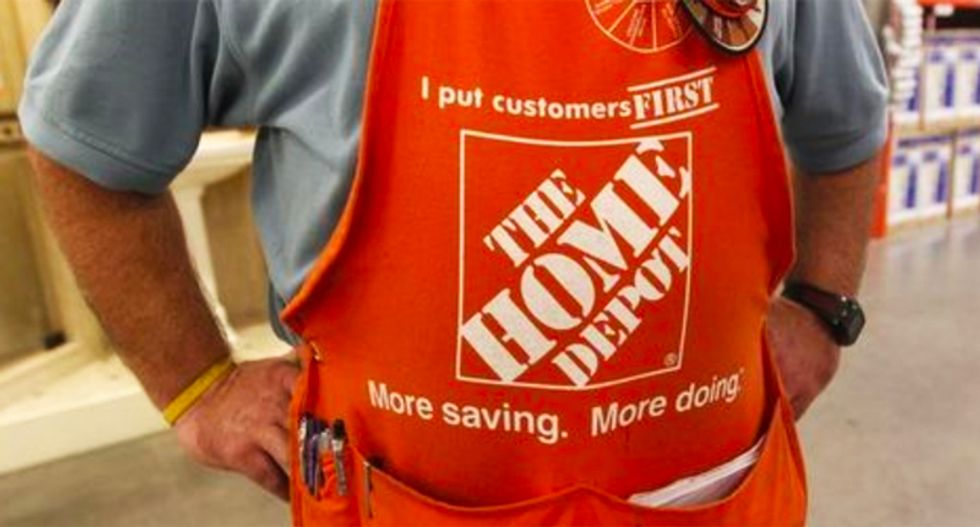 Christina Borden was out shopping with her family when her mother's boyfriend experienced racial discrimination, according to the Caller.

Writing in Facebook, the South Texas resident said her family went to Home Depot to return items. While returning the items, the cashier asked the Hispanic veteran for his "Mexican ID."

He then went to the car to get his identification and told Borden and her mother what happened.

Borden and her mother then enter the store to confront the manager. She said the cashier admitted to asking him for his "Mexican ID."

"The manager pulled the cashier to the side, and she admitted that she said that to him and the manager made her apologize to him," Borden said.

Next, Borden said the employee switched registers, but shortly after was found laughing about the situation with a co-worker. Now, Borden wants justice. She shared the incident in a Facebook post that went viral -- but has now been set to private.

"Once she switched registers, she started telling her co-workers about the situation and they both were laughing. Something other than an apology needs to be done," she wrote on Facebook. "I want the world to see who this racist female is that way people will see her and judge her the way she did to my mom’s boyfriend."

She said she wanted to delete the post, but felt it was reflective of the situation. She received both negative and positive comments. Home Depot employees commented on the post with hateful words, and she hopes the company sees it and takes action.

"I posted this because a simple apology that was forced is not enough. The company needs to review how their employees speak to the customers, no matter what nationality they presume to be," she said. "Now I want corporate to see their employees, and how they are all speaking to not just me, but others on here as well. In my line of work, no matter what the story may be, we are not allowed to comment or use hate talk on social media. Maybe Home Depot needs to do the same."

Emilio Elizondo, the store's manager, said appropriate action was taken, but that the employee still works at Home Depot.

"All I can say is action was taken, and a claim was filed," Elizondo said.