Trump Jr bails out of fundraiser for George P. Bush over family's criticism of his dad 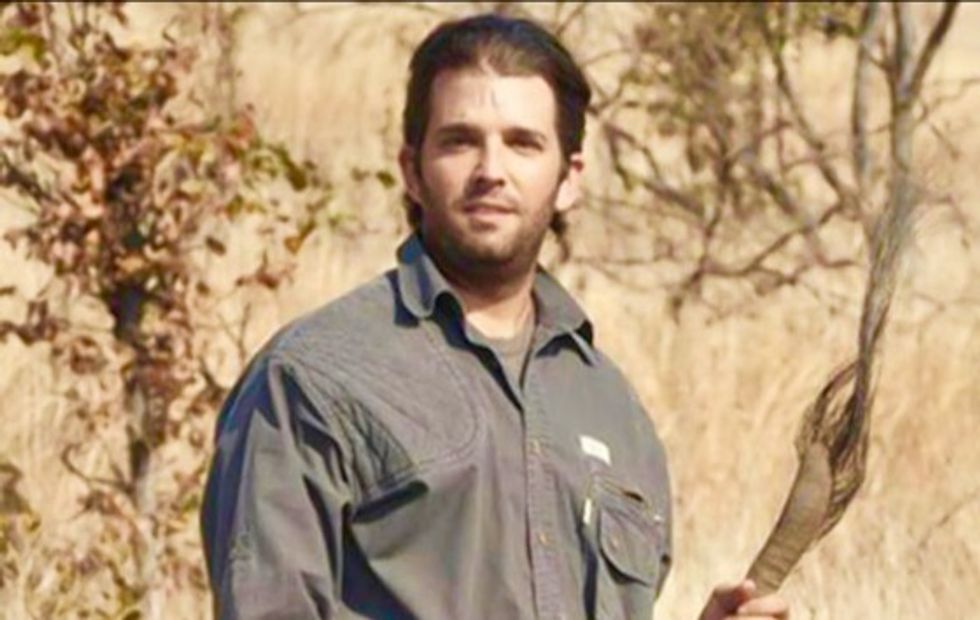 Donald Trump Jr. has withdrawn from a fundraiser for Texas Land Commissioner George P. Bush in the latest battle in the long-running feud between the two families, Axios reported Tuesday.

Trump Jr. is reportedly skipping the fundraiser in retaliation for the criticism that his father, the president, has received from George P. Bush's father, the former presidential candidate.

The son of President Donald Trump was billed as a "special guest" at a $5,000 New York City private reception for the son of former Florida Gov. Jeb Bush. 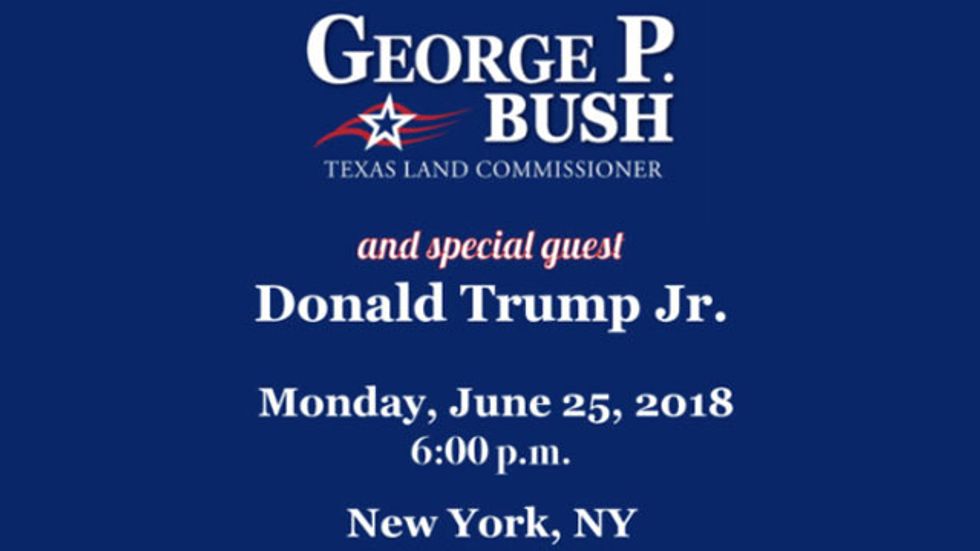 "Children shouldn’t be used as a negotiating tool," Jeb Bush tweeted Monday. "Donald Trump should end this heartless policy and Congress should get an immigration deal done that provides for asylum reform, border security and a path to citizenship for Dreamers."

That tweet was allegedly the final straw for the president's son.

"Confirmed -- Trump Jr. withdrew from a George P. Bush fundraiser because of the family's criticism of his father," Collins tweeted. "He cautioned George P. that he wouldn't publicly support him if it continued -- the tweet from Jeb about the separation of families was the last straw, I'm told."