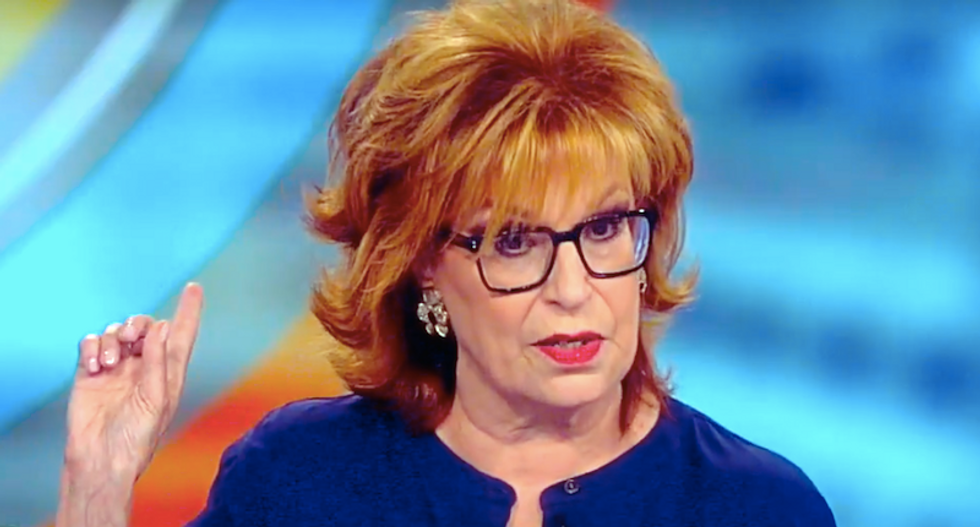 "The View" co-host Joy Behar sounded the alarm on the increasingly dehumanizing rhetoric coming from President Donald Trump and his allies.

Behar warned Wednesday that tactic has historically preceded waves of state-sanctioned violence, as Trump and his apologists defend child detention centers for immigrants.

"It seems as though the rhetoric is getting worse, to me," Behar said. "We have Ann Coulter -- nobody takes her seriously any way -- she says they are actors. We have Laura Ingraham saying this is summer camp. We have Corey Lewandowski (saying) 'womp-womp' on a Down syndrome child."

She then quoted the president's tweet from Tuesday, blaming Democrats for the directive he ordered and could end.

"Now, the word 'infest,' I think, is a buzzword," Behar said. "The Nazis used it against the Jews, they said vermin. In the Vietnam War, they were calling the North Vietnamese the gooks. This is a way to dehumanize human beings."