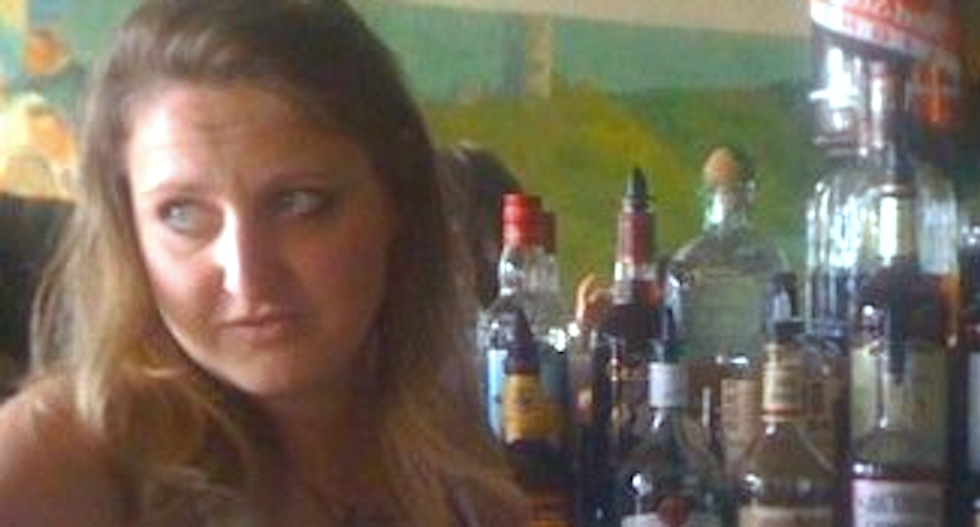 Jen Watts, who manages the popular Japp's bar in Cincinnati, was seriously injured early Sunday after leaving work with another employee and seeing two men shouting at one another, reported WCPO-TV.

One of the men got into his car and rammed the other man's car, and a bartender walking with Watts pulled out his cell phone and started recording video.

That apparently enraged the driver, who got out of his car and punched Watts in the face -- knocking her to the ground and cracking her skull.

The man knocked the cell phone out of the bartender's hand, got back into his car and drove off.

"This guy was upset about something and took it out on an innocent -- doesn't hurt a fly -- person," said Molly Wellman, who owns Japp's. "She is one of the most hardworking people in Cincinnati and in this industry. She is incredible. Luckily, she's healing."

The bartender tried to chase the man and called 911 as he drove away.

"If help hadn't gotten there when they did, she wouldn't have made it," Wellmann said.

Watts suffered a cerebral hemorrhage in the attack and is recovering from brain surgery.

Police identified the suspect as Lucien Lanier, who was seen shortly before the road rage attack being "very disorderly" outside the nearby Treehouse Patio Bar, about an hour before closing time.