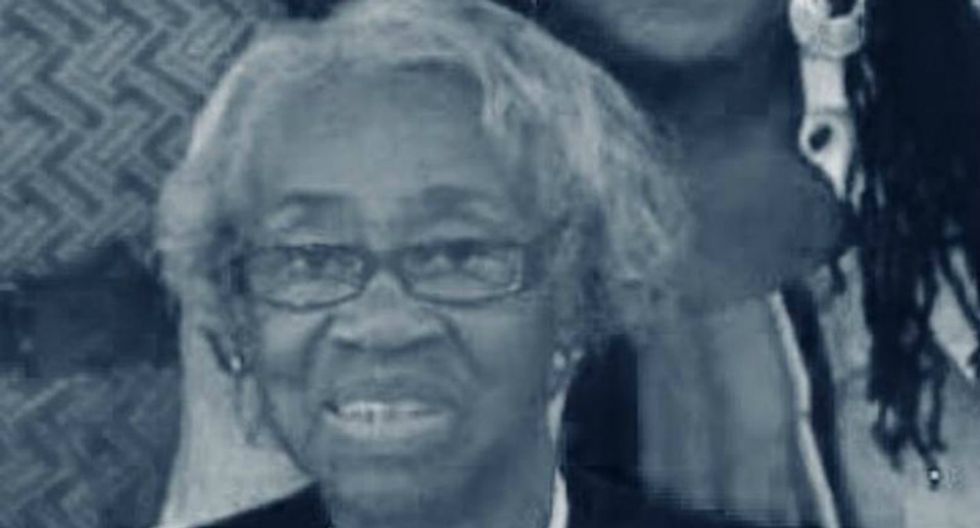 Family photo 89-year-old Evelyn Redic, a woman who was denied used of a gas station restroom and had to relieve herself outdoors. Image via Facebook.

An attendant at a North Carolina gas station refused to let a black 89-year-old woman use the store's restroom — forcing her to relieve herself outside in 90-degree weather.

Charlotte, NC's WBTV reported that Evelyn Redic was on a church trip when the van she was riding in had a flat tire. According to Redic's granddaughter, Katossa Glover, the attendant at the Shell gas station denied her use of the store's facilities despite her age and frailty.

Redic's granddaughter noted in her now-viral post that the elderly woman had just been released from the hospital after having a stroke — a fact one of her fellow churchgoers explained to the attendant. Nevertheless, they continued to refuse her request to use the employees-only restroom.

Redic then went outside and used the bathroom in the grass alongside the station in the heat, and according to the report, had to go to the hospital to make sure she was ok afterwards.

"She said 'I have never been so embarrassed,'" Glover told the news station.

County Commissioner Vilma Leake, an official who represents the district where the Shell station is located, told WBTV that when she went to the store to inquire about the incident, she was told to speak to the company's corporate office.

Officials with Mecklenburg County said no code violations had occurred, but Commissioner Leake and Redic's granddaughter believe an exception should have been made due to the woman's age and medical condition.

"She's a human being and they are human," Leake said. "That is out of the ordinary to say no to somebody that age."

Glover noted that her grandmother lived through Jim Crow and should not be forced to deal with such treatment.

"People are tired of being mistreated," she told WBTV, "and a woman who has been here since 1929, who has gone through that, will not experience that in 2018 without the community fighting."

You can read Glover's post about her grandmother's treatment below: