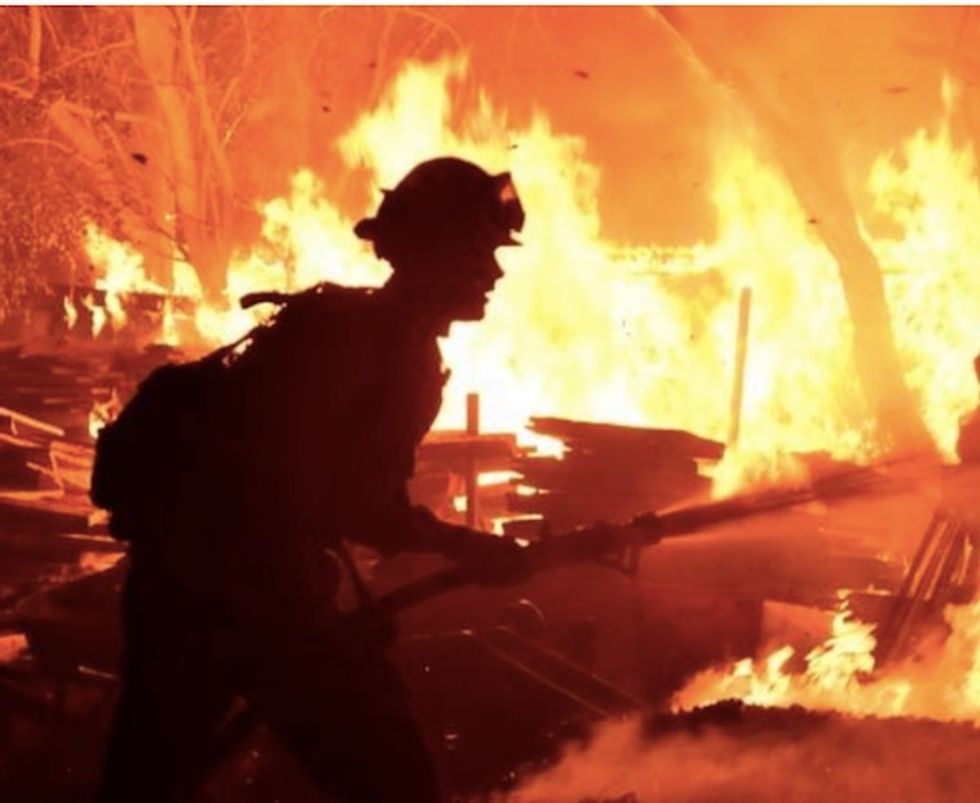 A mammoth wildfire that has blackened more than 140 square miles and destroyed at least 20 structures in two Northern California counties was ignited by an improperly installed electric livestock fence, fire managers said on Wednesday.

The announcement by the California Department of Forestry and Fire Protection, or Cal Fire, that the wildfire, dubbed the ‘County Fire,’ was human-caused comes as the U.S. West endures a particularly intense fire season, with 33 major blazes burning out of control as of Wednesday afternoon.

U.S. wildfires have already burned more than 3.3 million acres (1.3 million hectares) this year, more than the annual average of about 2.6 million acres over the past 10 years, according to the National Interagency Fire Center tracking website.

Cal Fire did not elaborate on the causes of the County Fire, but said the “responsible party” had been cited for violating safety codes.

The County Fire, which erupted on the afternoon of June 30 in Yolo County, in a largely unpopulated area of Northern California between Sacramento and San Francisco, is the second-largest wildland blaze burning in the West, although Cal Fire said it was 86 percent contained on Wednesday.

Across the state, milder weather so far this week has helped crews hold the line against several of the largest blazes, allowing authorities to lift evacuation orders for residents forced to flee their homes.

Temperatures are expected to fall further this week in parts of the state, the National Weather Service said, after scorching heat, high winds and low humidity fanned dozens of new fires.

“The weather is starting to cooperate, so it’s letting firefighters get the upper hand on the fires,” Cal Fire spokeswoman Lynette Round said.

Near the Oregon border, the Klamathon Fire, which broke out Thursday in Siskiyou County, has killed one person and injured three firefighters while torching 36,500 acres and destroying 82 homes.

Shifting wind patterns remain a concern, but the Klamathon was 60 percent contained, according to Cal Fire.

Elsewhere in the U.S. Southwest, dozens of active fires remained burning, including the 107,900-acre Spring Creek Fire, which is on pace to become the second-largest fire in Colorado’s history, according to the Denver Post newspaper.

And in western Nevada, a fire weather watch will be in effect on Wednesday as winds up to 50 miles (80 km) per hour and thunderstorms with lightning are expected in the area.

Reporting by Dan Whitcomb in Los Angeles and Brendan O'Brien in Milwaukee, Editing by Rosalba O'Brien