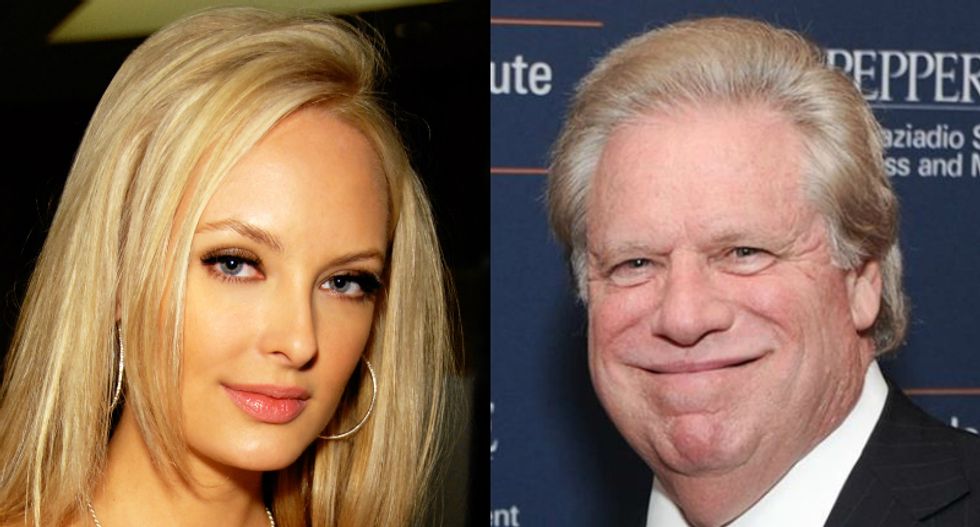 The Daily Beast reported that model Shera Bechard was represented by attorney Keith Davidson — the same attorney that represented Trump mistress Stormy Daniels when she signed her own non-disclosure agreement. In the complaint, which was unsealed Tuesday afternoon, Bechard said her former lawyer treated her case as a "commodity to be traded for his own financial gain."

"[Davidson] began by recruiting Michael Cohen," the filing continued, "to approach Mr. Broidy with an offer to represent Mr. Broidy and ‘solve” his issues with Ms. Bechard.”

The model said she was seven weeks pregnant when Broidy paid her $1.6 million in the settlement. In exchange, Bechard relinquished "all rights to sue Mr. Broidy for past conduct and would be required to never again speak of the affair."

Both Broidy and Bechard have acknowledged the affair, and that the model had an abortion after it ended, the Beast's report noted.