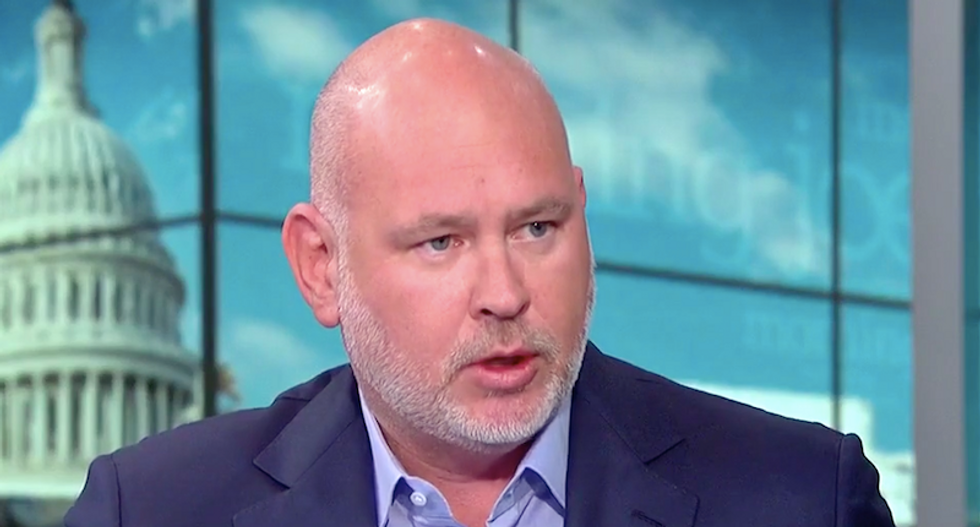 Steve Schmidt, a former Republican strategist who quit the party earlier this year, unloaded on his former party for speaking out in unison in defense of Rep. Jim Jordan (R-OH).

The GOP leadership this week has been speaking out in defense of Jordan, who has been accused by multiple former wrestlers of looking the other way when they were sexually abused by a university physician while Jordan was a wrestling coach at Ohio State University.

Taking stock of the accusations made by multiple men and weighing it against what he knows about Jordan's character, Schmidt writes that the Ohio congressman does not deserve any benefit of the doubt.

"Jordan has zero credibility," he writes. "That is his problem. He is a pathologically dishonest conspiracy theorist whose irresponsibility has been on display for many years. He is unfaithful to his his oath of office and nobody should be shocked if he was the same to his team."

Jordan has zero credibility. That is his problem. He is a pathologically dishonest conspiracy theorist whose irres… https://t.co/ZXgwPMfViF
— Steve Schmidt (@Steve Schmidt) 1531325199.0

Turning to the GOP, Schmidt writes that he finds it appalling to see its leadership stridently defending such a man from such serious accusations.

"Reading the character testimonials about Jordan from McCarthy and Scalia is enough to make one vomit. It speaks to the utter corruption of the GOP majority," he writes. "I wonder what will unravel faster, Jordan's lies? Or their disingenuous statements of belief."

Schmidt also said that he looked forward to "seeing the smirk wiped off" Jordan's face once the full truth comes out.

Reading the character testimonials about Jordan from McCarthy and Scalia is enough to make one vomit. It speaks to… https://t.co/aeApb8tLva
— Steve Schmidt (@Steve Schmidt) 1531327525.0

The lives of many young men were profoundly devastated by the sexual abuse they were subjected to in the Ohio State… https://t.co/QBEP3lc1XN
— Steve Schmidt (@Steve Schmidt) 1531327745.0