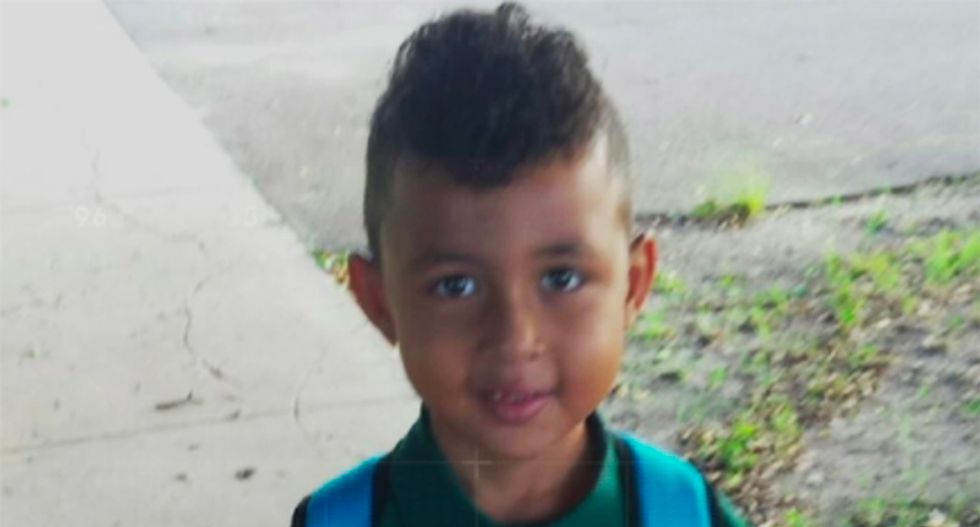 Aaron, who was bullied by his teacher [Photo: screengrab from video]

Kandy Escotto, noticed her 5-year-old son, Aaron was being bullied by his kindergarten teacher, so she took matters into her own hands.

While doing his homework, Aaron would often refer to himself as a "bad boy."

Escotto said this was unusual behavior for her son, and complained to Banyan Elementary's school principal Cheri Davis about his kindergarten teacher Rosalba Suarez.

Suarez, a teacher for 33 years was a recipient of the teacher of the year award. Despite this,  Escotto knew she wasn't treating her son fairly. Davis told her she needed proof that the teacher was bullying her son before any action could be taken.

So, Escotto got proof. She sent her son to school with a hidden camera over a four day period and got 32 hours of audio.

The audio files reveals that Suarez called the young boy a "loser," and made fun of him for not being able to bubble on a test correctly.

"For me to hear the things that she was saying to him," Escotto told the Miami Herald. "She picked him out, she singled him out, she humiliated him in front of the whole class. She talked about me in front of him. No 5-year-old should be able to go through that. That affected my family, affected him."

"It was very upsetting being that I myself heard what was being said to a little boy," Escotto said.

She set up a meeting with Davis and Suarez, but they failed to take any action to correct the situation. After hiring an attorney, the school switched Aaron to a different classroom. Escotto said it's unclear if she will take further legal action.

Davis, did not respond to a request for comment and Suarez hung up on a reporter when asked to comment.

Spokeswoman Jackie Calzadilla for Miami-Dade County school district released this statement: "We work diligently to ensure the well-being of every child entrusted to our care. Any action that runs contrary to the values we instill in our school community will not be tolerated. The district will conduct a thorough review of this matter and, if the allegations are substantiated, we will take any and all appropriate disciplinary actions.”