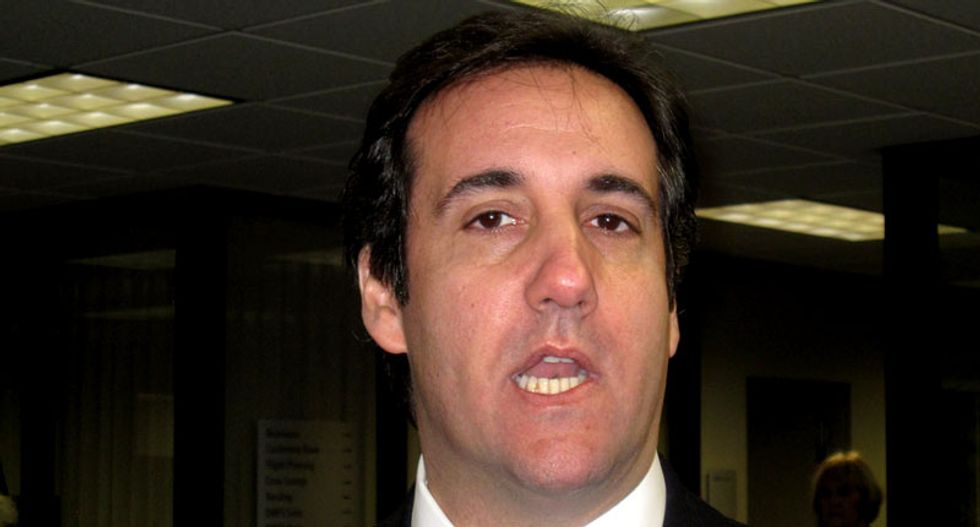 President Donald Trump's ex-lawyer Michael Cohen has done interviews with George Stephanopoulos and sent his attorney Lanny Davis to speak to networks on his behalf. But two former federal prosecutors are suggesting he keep things a little closer to the chest.

Cohen has not been charged with a crime, but his financial records along with his audio recordings have been seized by the FBI for use in ongoing investigations. The Trump Foundation is being investigated by the New York attorney general and Cohen has been working with feds in the Southern District of New York.

The two ex-prosecutors explained that when they're cutting deals, the information given belongs to them. All of it. If that information is all revealed to the public, Cohen could hurt his chances of scoring that deal.

They explained that the process begins with both parties being willing to make a deal and the cooperator confessing to all of the crimes over the course of many years.

"The most interesting meeting with a potential cooperator invariably is the first one," the two men wrote. "That’s when the prosecutor gets to ask all the juiciest questions and see just how much the cooperator can deliver. We used to feel slightly giddy when we’d get a new mob cooperator in for the first round of questioning: how many people did you kill, who else was in on those hits, etc."

They went on to say that one of the main rules they give to a witness cooperating with the feds is to "shut up."

"Anything you say you will say only to me and only in this proffer room. You will not talk to anybody about this, including your friends and family," the former prosecutors explained. They noted that the idea that someone might speak publicly about cooperating on social media was "unthinkable."

"There are of course important reasons for this vow of silence," they continued. "Every time Cohen or his attorneys say something publicly, it gives Trump and his attorneys fodder to attack him in court, should there ever be a trial."

The defense attorneys will dissect everything said publicly and use it in their trial.

"As one example, Cohen’s attorney claimed publicly that the recent leak that Trump knew in advance about the infamous June 2016 Trump Tower meeting with Russian emissaries came not from Cohen but rather from the president’s camp," Goldman and Honig wrote. "If that turns out to be untrue, Cohen will pay the price on cross-examination."

The defense team can then attack Cohen with his past statements and use them to discredit him. The example they used was the question the defense can ask like: "You dislike my client, don't you?" Given the interview with Stephanopoulos, the two ex-prosecutors noted it will be difficult for Cohen to give any answer other than "yes."

They're also both stumped why Cohen would choose to go public and not, instead, reach out to cooperate. They don't buy the idea that he's trying to influence the Southern District of New York, because it isn't necessary to do something like that publicly.

Their reasoning is that Cohen has just as big an ego as Trump and neither wants to back down from their confrontation with each other.

"It’s a good old-fashioned macho battle. That’s it," they wrote. And it isn't helping anyone.

If Cohen truly wants to nail Trump, the best strategy sounds like it might be laying low, organizing the evidence against Trump and handing it all over to prosecutors.