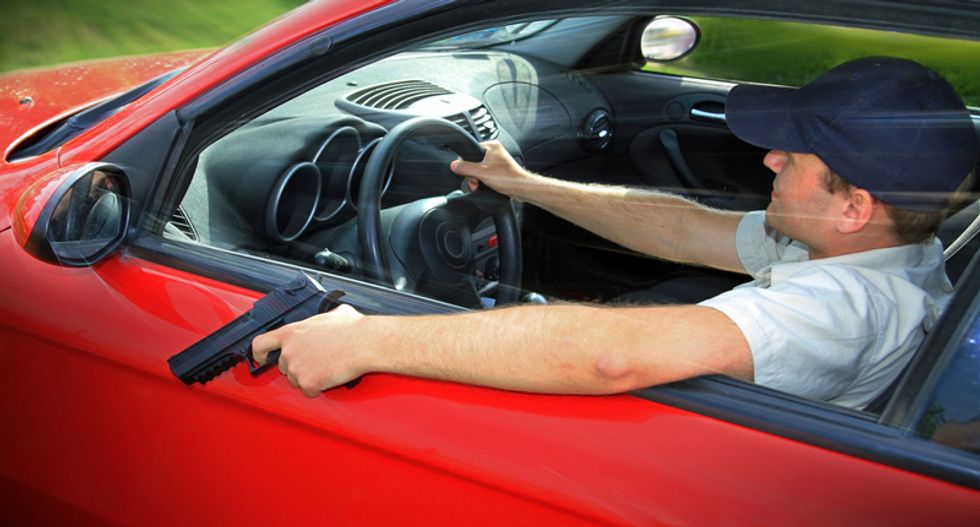 Police have charged a white Pennsylvania man with a felony hate crime after he allegedly used a racial slur while waving a handgun out the window of his car -- while threatening a lynching -- during a road rage incident.

Adam Kraus, 32, of Fayetteville, PA was charged with felony ethnic intimidation and misdemeanor simple assault and misdemeanor terroristic threats for the incident, The Sentinel reports.

The victims reported the incident to police, including the license plate number of his pickup truck.

They described the perpetrator as "a white man between 28 to 35 years old with gaps in his teeth and blond hair" and later identified Kraus in a photo lineup.

The affidavit of probable cause reportedly claimed Kraus tailgated the victims, flashing the high beams of his Chevrolet pickup truck.

He then allegedly pulled alongside and began yelling at the victims, including using "a racial slur directed at black people" as he threatened to murder them and hang one from a tree.

It was at that time that Kraus was allegedly waving a black handgun out the window.

After being contacted by Lower Allen Township police, Kraus allegedly denied being in the area and did not appear for a interview at the police station.

Kraus was released on unsecured bail following a Wednesday arraignment.