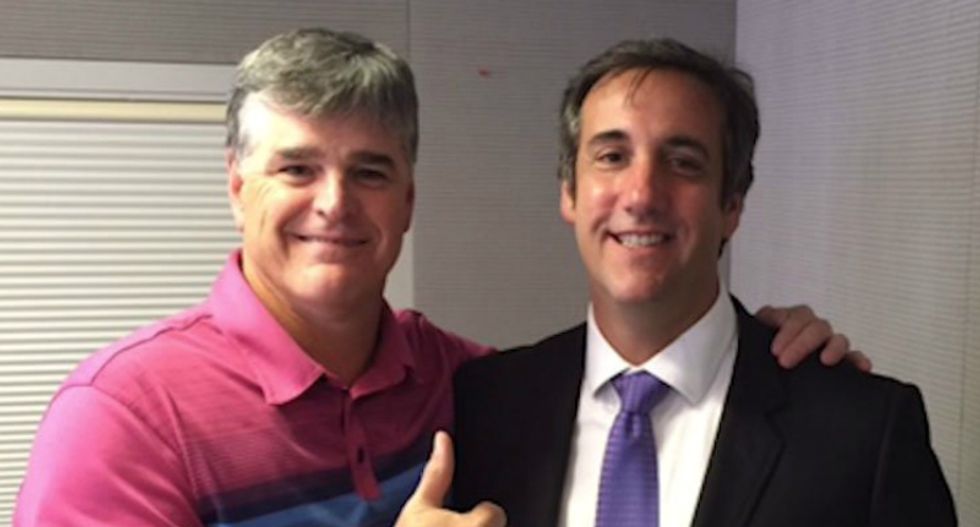 Michael Cohen's impactful interview with ABC News' George Stephanopoulos this weekend has many asking: Is President Donald Trump's former lawyer and fixer trying to signal that he needs a pardon?

In the interview, Cohen said that as the investigations into his conduct continue, “My wife, my daughter and my son have my first loyalty and always will... I put family and country first.”

Given that many believe the investigation of Cohen will cover wrongdoing by Trump as well, this statement appears to be a repudiation of his previous loyalty to the president, who Cohen used to say he would take a bullet for.

So could this new posture be a signal to the president that he's planning on flipping, and therefore a subtle request for a presidential pardon? Not so, argued MSNBC's Mimi Rocah among others.

"I don't think a pardon here is going to save Michael Cohen, because there's state exposure, there's civil exposure," she said Monday on MSNBC's "Deadline: White House." "We already saw the attorney general file a civil suit against Donald Trump, and that's moving quickly. So I don't view this as a call for help from the president."

"There is no upside to a pardon," Hewitt said.

The blowback Trump would get for the pardon would be devastating, Hewitt said — most especially from Republican senators. Since, Hewitt argued, Democrats are bound to impeach the president if they take back the House in the midterm elections, it would be exceptionally dangerous for Trump to take such brazen steps to thwart his investigators. It would only take a minority of Republican senators turning against the president to vote for his removal if an impeachment case goes to trial.

Watch the MSNBC clip below: