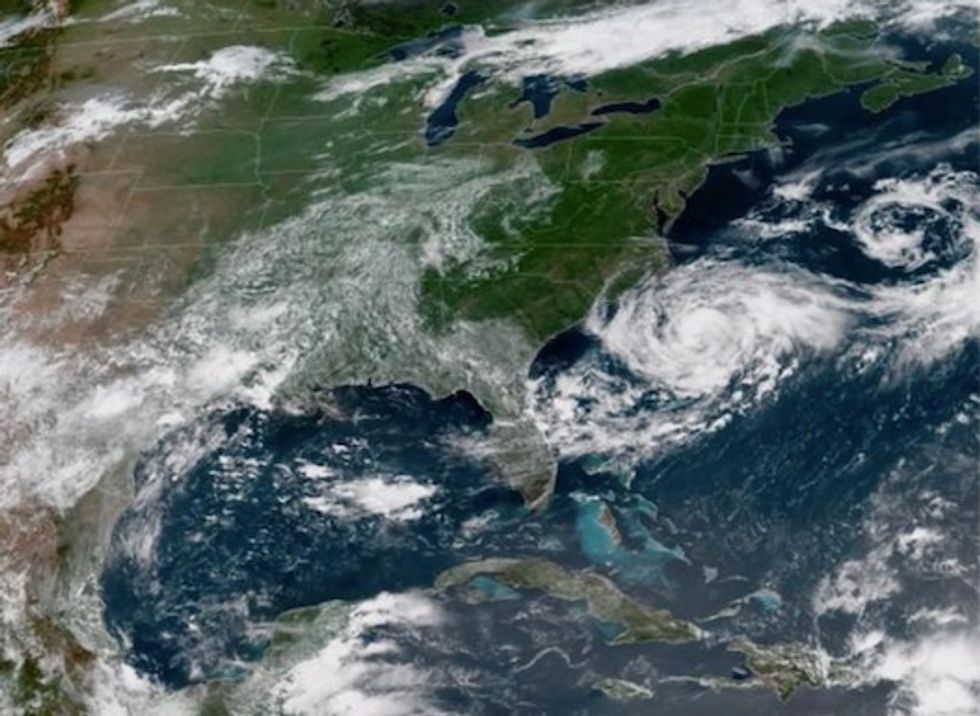 Hurricane Chris is shown off the eastern coast of North and South Carolina, U.S., in this satellite image July 9, 2018 at 16:12 UTC. NOAA/Goes-East Imagery/Handout via REUTERS

Hurricane Chris gathered strength as it churned off the coast of the Mid-Atlantic states to become a Category 2 storm on the Saffir-Simpson wind scale on Tuesday, but it was not expected to make landfall over the United States, the U.S. National Hurricane Center (NHC) said.

The hurricane was moving toward the northeast at 10 mph (17 kph), the NHC said.

The storm was expected to strengthen through Wednesday and then lose force from Thursday, the center said.

Storm swells generated by Chris will be hitting North Carolina and other mid-Atlantic states over the next few days. “These swells could cause life-threatening surf and rip current conditions,” the center said.

North Carolina Governor Roy Cooper warned beachgoers on Monday to beware of dangerous rip currents after an unidentified man in his mid-60s drowned just north of the town of Nags Head, near Cape Hatteras, when he was caught in a rough surf current caused by the storm.

Chris was expected to remain well off the U.S. coast, the NHC said, adding on its current forecast track, the center of Chris will be near southeastern Newfoundland on Thursday night.

The storm was forecasted to dump as much as 6 inches (150 millimeters) of rain over parts of Newfoundland, which could cause flash flooding, it said.

Reporting by Brendan O'Brien in Milwaukee and Jon Herskovitz in Austin, Texas; Editing by Leslie Adler and Christian Schmollinger