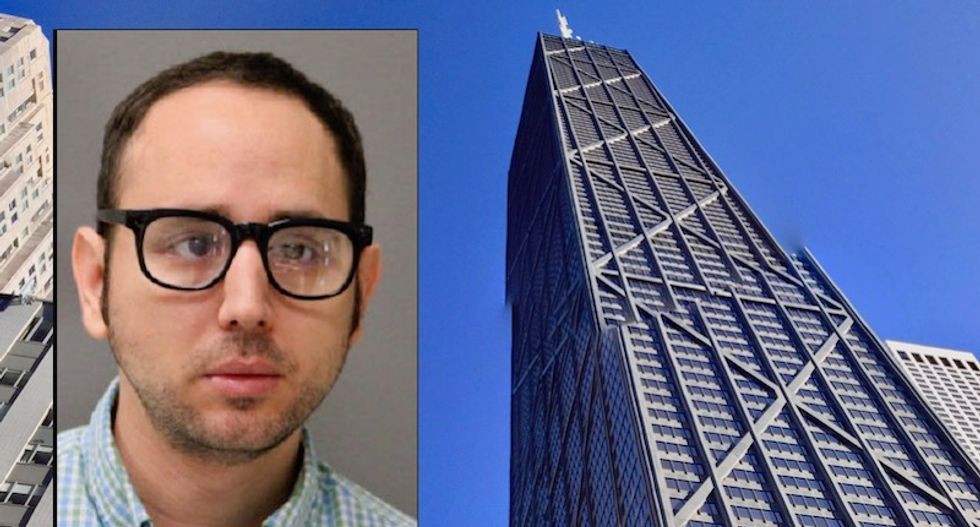 The manager of the observatory atop the John Hancock building in Chicago was revealed to be a convicted sex offender who had been busted for child pornography after he posted that he was looking for "perv play" there, the Chicago Tribune reports.

Christopher Colon was the operations manager at the observatory atop the 1,128-foot skyscraper before posting that he was seeking other men interested in child pornography and “perv play,” according to a federal search warrant affidavit unsealed late last month.

In 2015, Colon was convicted of possessing child pornography after downloading videos "depicting the molestation and sexual assault of toddlers and young boys." He was labeled a sexual predator and prohibited from working in any job that brought him near children.

He posted that he was looking for a man "willing to let his son or nephew take part in Colon’s sexual fantasies," according to the report.

An officer approached Colon and claimed he had a 10-year-old son available for sexual abuse, prompting Colon to say he had a private bathroom and office in the tower where they could engaged in "special private time."

The Tribune sent a reporter to visit the observatory and found Colon still working there, then contacted the company that manages the space which claimed it does background checks.

“Multiple background checks were run on the employee in question, and no negative information was returned,” said a spokesperson.