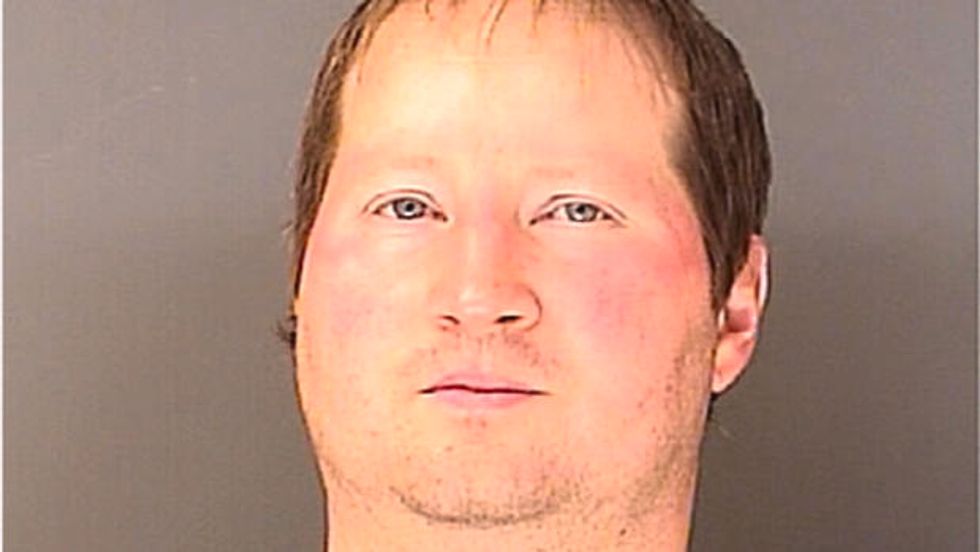 A Minnesota man on trial for possessing pipe bombs and attempting to start a revolution kept a copy of the "Anarchist Cookbook" and was writing his own manual for would-be armed rebels.

The Star Tribune reported Wednesday that before his trial began on Monday, prosecutors introduced evidence to support their claim that 41-year-old Eric James Reinbold was planning an armed rebellion. He was arrested last fall after family members found pipe bombs and a receipt with his name on it.

Though a judge ruled that "only sections of Reinbold’s notebook 'directly related' to making, possessing or using bombs can be used as evidence," the prosecution included his writings that claimed he wanted "start the 2nd American Revolution” and go “Rambo on the IRS."

The Minnesotan's digital footprint, the report noted, suggests he was in communication with white supremacists. Using the username "DoubleChinRooster," Reinbold allegedly posted on the well-known neo-Nazi Stormfront forum in discussions about feminism and immigration, and was also active on survivalist forums where he reportedly shared anti-government views.

"How does one secede?" DoubleChinRooster wrote. "I would guess the 1st step is to expel the state patrols and then stick your finger up at the federal IRS."

Reinbold turned himself in in 2015 after a long standoff with police following accusations from a mail carrier who claimed the man rammed his vehicle while his wife and children were inside. He "received a stayed adjudication, but was later charged with tampering with a witness for allegedly threatening the mail carrier who called 911," the Star-Tribune noted.

Red Lake County Sheriff Mitch Bernstein — the person who took the call on the pipe bombs — said people in the town where Reinbold lived have not been surprised at his anti-authoritarian views.