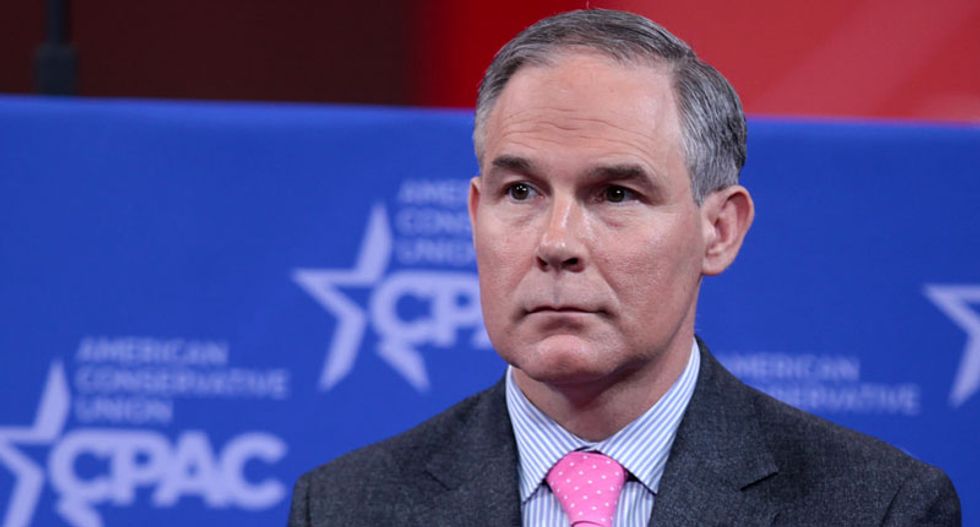 The White House on Tuesday called "troublesome" the mounting allegations against Environmental Protection Agency Chief Scott Pruitt, who is reportedly under investigation by a dozen separate federal probes.

"We are aware of the numerous reports and the president is looking into those," Hogan Gidley, a White House spokesman, told reporters.

"The reports are troublesome."

US President Donald Trump has so far stood by Pruitt, despite continuing revelations about the EPA administrator's apparently shady ethics and alleged spending habits.

In April, Pruitt received a tongue-lashing from members of Congress alarmed over the scandals.

At that time, more than 170 congressional opposition Democrats signed a letter demanding Pruitt resign, while at least three House Republicans also called on him to quit or be fired.

Weeks of criticism centered on the spending of taxpayer dollars for first-class travel, construction of a sound-proof booth in his office, and a sweetheart rental deal at a Capitol Hill home linked to a lobbyist who had business before the agency Pruitt runs.

Last month, The Washington Post reported Pruitt used his official position and EPA staff to express interest in a lucrative deal for his wife to become a Chick-fil-A franchisee, a venture that ultimately did not occur.

Pruitt, a former attorney general of Oklahoma, has been a loyal foot soldier in carrying forward Trump's deregulation efforts.

He says the EPA has saved Americans about $1 billion in regulation costs under his tenure.

On Monday, a woman identified as Kristin Mink posted a video of herself -- with a child in her arms -- confronting Pruitt at a Washington restaurant and urging him to resign "before your scandals push you out."