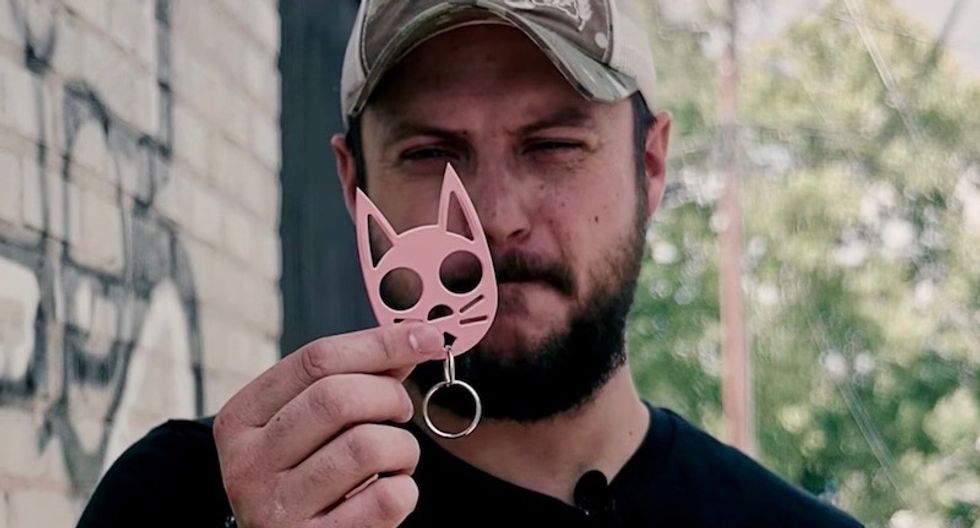 Ninja swords, daggers and machetes are all allowed in public—so are AR-15 assault rifles, shotguns and pistols.

But possessing a pink plastic keychain shaped like a cat could lead to a year in jail and a $4,000 fine, reports the Fort Worth Star-Telegram.

State law makes possession of them a Class A misdemeanor, which comes with stiff possible penalties.

"It's a prohibited weapon," a staff attorney with the Texas District and County Attorneys Association told the paper. "These are always and everywhere prohibited."

The oddity of the situation is, of course, about money—the keychains cost about $10 and don't have a huge lobby behind them.

"There isn’t a big lobby for self-defense key chains so they don’t get as much attention as other weapons," Brandon Rottinghaus, a political science professor at the University of Houston, told the Star-Telegram.

In Texas, many explosives are also banned along with seemingly more innocuous items like tire deflation devices.