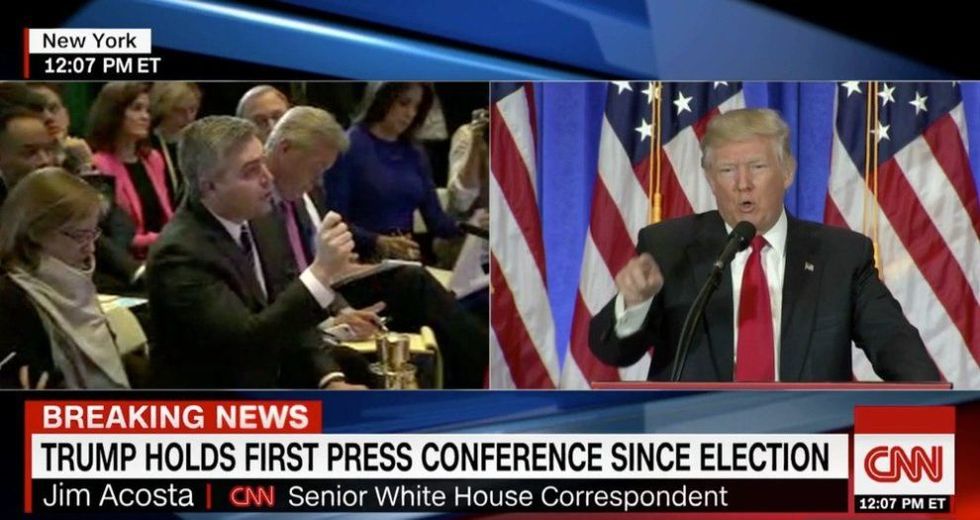 According to a report by the Washington Post, President Donald Trump has been pressing aides to figure out a way that he can ban reporters he feels are hostile to him.

The Post reports that Trump has singled out CNN's Jim Acosta and April Ryan, who reports for the Urban Radio Network, as well as being a CNN contributor.

The report states that Trump has sought to revoke their White House Press credentials in order to keep them at bay.

“These people shouting questions are the worst,” Trump reportedly complained, according to a White House official. “Why do we have them in here?” adding, "Is there nothing that we could do?”

His aides stance changed earlier this week when communications director Bill Shine barred CNN's Kaitlan Collins from a press event, which caused an uproar among her colleagues.

On Friday Press Secretary Sarah Sander's defended Trump who has been accused of being hostile to the press, issuing a statement reading, "President Trump is the most accessible president in modern history. He has done almost three times as many question-and-answer sessions with reporters as his predecessor, and we continue to provide access to the press in a number of venues and formats every day.”