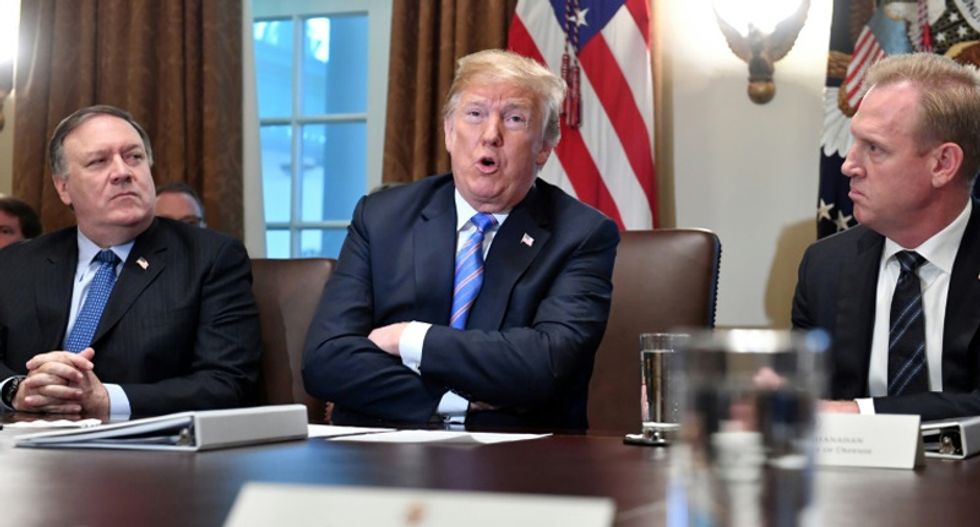 President Donald Trump is still thinking about his meeting with Vladimir Putin and says he's looking forward to sitting down with the Russian autocrat again. The statement is stunning in the face of literal bipartisan and international condemnation of Trump's refusal to represent and protect America's interests while standing next to Putin.

"The Summit with Russia was a great success, except with the real enemy of the people, the Fake News Media," Trump said, once again attacking the free press. "I look forward to our second meeting so that we can start implementing some of the many things discussed," he added, tossing in a variety of issues

Trump was roundly condemned for bowing down to Putin and refusing to accept the findings of U.S. Intelligence services that Russia – under direct orders from Putin – interfered in the 2016 election.

He was forced to walk back his remarks, which he attempted by literally claiming just one word of his remarks in Helsinki was misspoken. That claim has been deemed a lie by many.

On social media, many expressed outrage:

When you get caught taking Putin's 'strong denials' over the evidence from our intelligence agencies, just declare… https://t.co/nL5chXtovJ
— Josh Jordan (@Josh Jordan)1532006943.0

From the @capgaznews after five people were murdered there less than a month ago: "We won’t forget being called an… https://t.co/OclskA1dDE
— Mark Berman (@Mark Berman)1532007347.0

20 days since the Capital Gazette shooting, the President of the United States is back to referring to journalists… https://t.co/u3ySCPjeJE
— Mikey Smith (@Mikey Smith)1532006903.0

Literally every authoritarian in the world shares the trait of attacking the media. Every Single One https://t.co/cVumCzr9GO
— Neera Tanden (@Neera Tanden)1532007449.0