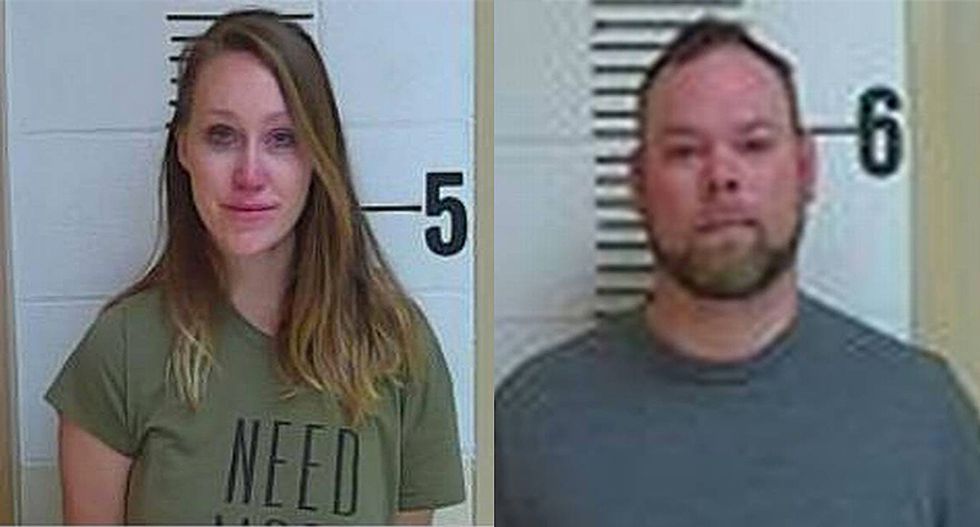 The sheriff's deputies in Allen County, Kansas have been forced to arrest two police chiefs this year alone. In fact, they've done it in the past 5 months.

The Wichita Eagle explained that last week the deputies took the Humboldt police chief into custody over a domestic dispute. Brian C. Dillow, who is listed on the Humboldt County's website as the police chief, was taken to jail on "suspicion of domestic battery and criminal damage to property." KOAM reported that the chief didn't have to post bail.

That came after police took LaHarpe police Chief Ashley D. Wright into custody after she refused to allow her own deputies to arrest her husband, who had previously been fired from being a Texas police chief. He had been impersonating an officer, according to the Chanute Tribune.

He reportedly didn't turn in his badge and identification when he was fired in 2015.

To make matters even more bizarre, the family said they lived "off the grid" in Montana before moving to Kansas. They purchased the Laharpe Methodist Episcopal Church, renamed it The Revival Church. Now they live in the church, though it's unclear if it has non-profit tax status and can receive funding.

Read the full report at The Wichita Eagle.