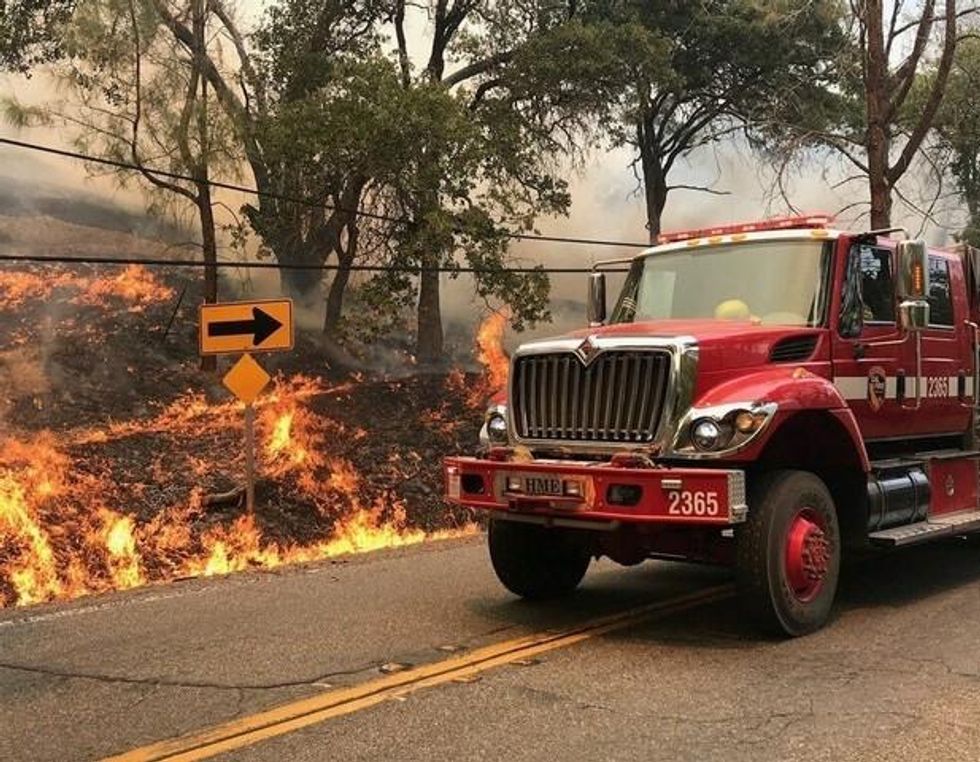 Firefighters in Northern California have partially contained a stubborn blaze that has forced hundreds of residents to evacuate areas west of Sacramento, although dry conditions and wind gusts are hampering efforts to stop the spread, authorities said on Wednesday.

The National Weather Service said it expects wind gusts of up to 25 miles per hour (40 kph) in rural Yolo and Napa counties, west of the state capital, where rough terrain is already complicating efforts to battle the wildfire that broke out Saturday.

A force of almost 2,900 firefighters widened its containment lines around the so-called County Fire to 25 percent from 15 percent on Tuesday, the California Fire authority said.

While the fires have not damaged any structures so far, officials said they have ordered residents of some 1,345 homes to evacuate as a precaution since the fire began.

The United States is experiencing an unusually active fire season, with the risk considered well above normal for many Western states, according to federal forecasters.

Temperatures in the area of the California blaze reached the mid 80s Fahrenheit (around 29 Celsius) on Wednesday, the National Weather Service said.

The smoke reached about 75 miles (120 km) south to San Francisco, leaving a film of ash on cars and windows. No casualties have been reported.

Wildfires have burned through nearly 2.5 million acres in the United States from Jan. 1 through Monday, well above an average of about 2.3 million for the same period over the last 10 years, according to the National Interagency Fire Center.

In Colorado, firefighters faced high temperatures, low humidity and gusty winds on Wednesday as they battled eight major blazes that have torched more than 140,000 acres in the drought-stricken state.

The largest wildfire, the Spring Fire, has consumed 94,125 acres in southern Colorado, destroying more than 100 homes, forcing evacuations of several communities and closing a road. That fire was just 5 percent contained.

The Spring Fire is the second-largest fire on record in Colorado, officials said.

Jesper Joergensen, a 52-year-old Danish national, is suspected of starting the fire and is being held on first-degree arson charges, the Costilla County Sheriff’s Office said. He is in the country illegally and may face deportation, police said.

Additional reporting by Brendan O'Brien in Milwaukee and Peter Szekely in New York and Rich McKay in Atlanta; Editing by Frances Kerry and Matthew Lewis