Alabama mall boots out woman to protect men from her shorts 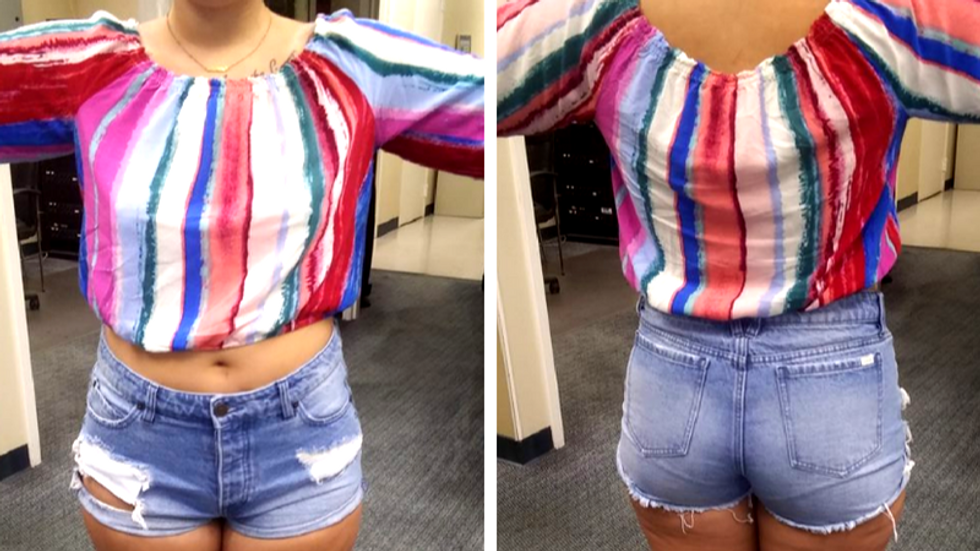 A Mobile, Alabama woman was kicked out of the mall because her shorts were too short, reported WFLA News.

Gabrielle Gibson wrote on Facebook that she was approached by a security guard and asked to leave The Shoppes at Bel Air.

"I was literally harassed and kicked out of the Bellair mall in Mobile, AL today because of what I'm wearing. Apparently grown men couldn't contain themselves so I get kicked out," Gibson wrote.

She continued: "Security officer J. Mathis initiated that he was looking at my a** cheeks and it was a problem. Don't look at my a** then there's a thought? As well security officer Davis and head of security Jim Chavis were extremely rude and completely unprofessional about the situation."

Gibson said that they even threatened to call the police on her.

"They went as far as to threaten to call a police officer. From what I saw today everyone had short shorties on. I mean come on its August and 100° outside. I don't know why I was pinpointed. I'm just disgusted with the behavior of all these people."

It appears that another woman has faced similar situations at The Shoppes at Bel Air. A group of woman organized a "slut walk" at the mall to stand in solidarity with Gibson.

A spokesperson for The Shoppes at Bel Air released this statement: "Given the high degree of importance we place on maintaining a family-friendly shopping environment, our policy requires all of our customers to dress in a manner that reflects our code of conduct. Anyone who violates this policy will be asked to change or to leave the premises.”