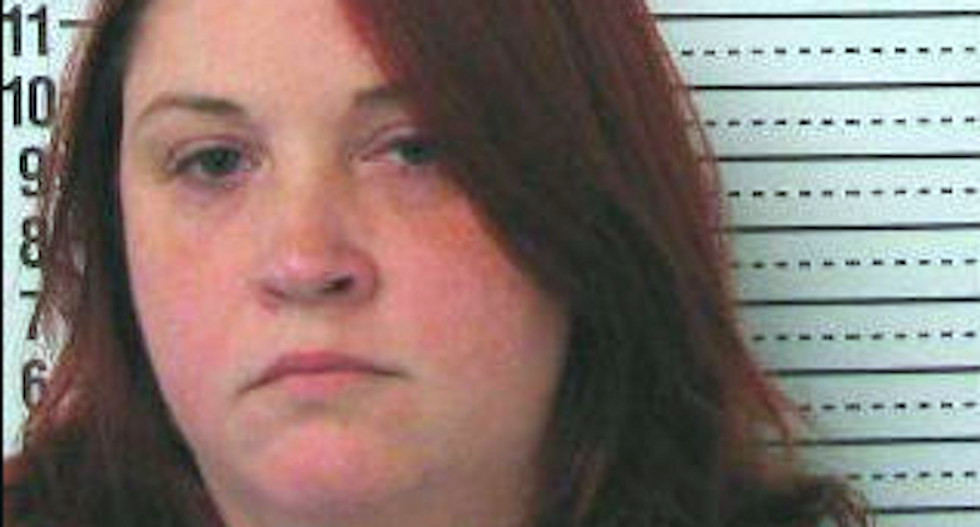 An Alabama teacher won't spend any time in jail despite admitting to raping a teenage boy at school.

Charlaina Wilson pleaded guilty May 3 to a felony charge of second-degree rape and a misdemeanor charge of providing material harmful to minors, and she agreed to a 10-year sentence with 14 months in confinement followed by five years of probation, reported AL.com.

However, she appeared Thursday in Dallas County Circuit for formal sentencing, and Judge Marvin Wiggins agreed to give the 35-year-old Wilson a sentence that essentially amounts to unsupervised probation.

Prosecutors called the revised sentence "outrageous," but the judge did not explain his decision.

Wilson, who also goes by the name Charlaina Morales Garcia, was arrested in September 2016 on a variety of charges after police learned of a sexually explicit video circulating among students at Selma High School.

The woman in the video, later identified as Wilson, was committing what police described as a solo sex act.

A 15-year-old boy at the school said the agri-business teacher sent the video to him, and he shared the video with other students.

The teen told police that Wilson had sent him text messages while he was a student in her class, and she eventually began sending sexually explicit texts and then videos.

That led to two sexual encounters, the teen said -- one in a boys' restroom at the high school and another while on a field trip.

Wilson admitted taking the nude videos and sending them to the boy, which she said he requested.

She admitted to engaging in two sexual encounters with the teen, according to police.

Prosecutors said the teen's family was "outraged," and prosecutors intend to appeal the sentence.