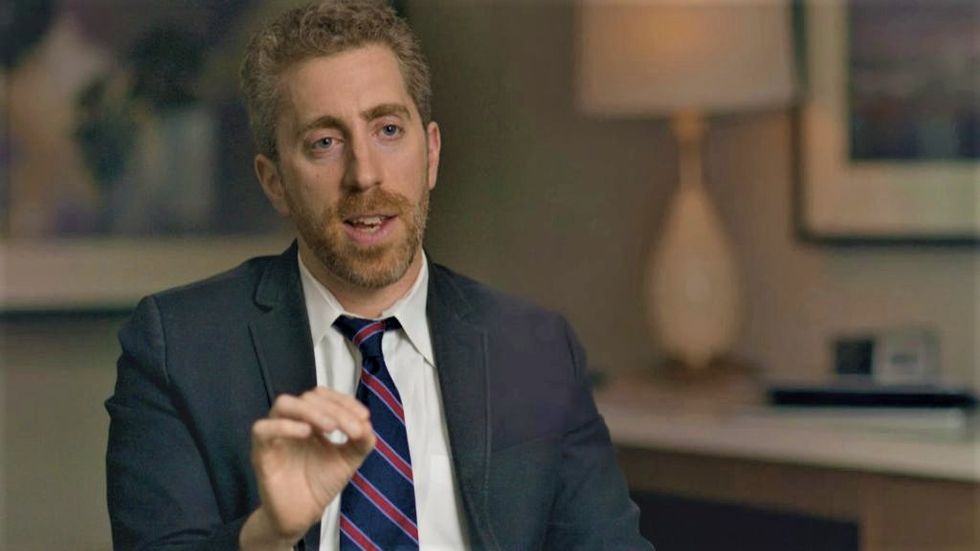 With rumors once again swirling that there's a video of President Donald Trump using the N-word, Breitbart News editor Joel Pollak trotted out what appeared to be a trial balloon for defending the president.

Writing on Twitter, Breitbart's Joel Pollak said he spent the morning at a gym that was owned by a "terrific black guy."

Pollak said that his workout was marred, however, by the fact that some gym patrons were playing hip-hop.

"Hip-hop music, n-word literally every 2 seconds," Pollak complained. "I don't like it but this is just what the cool people listen to I guess. Maybe we're overdue for a real national conversation about the word and its public use." 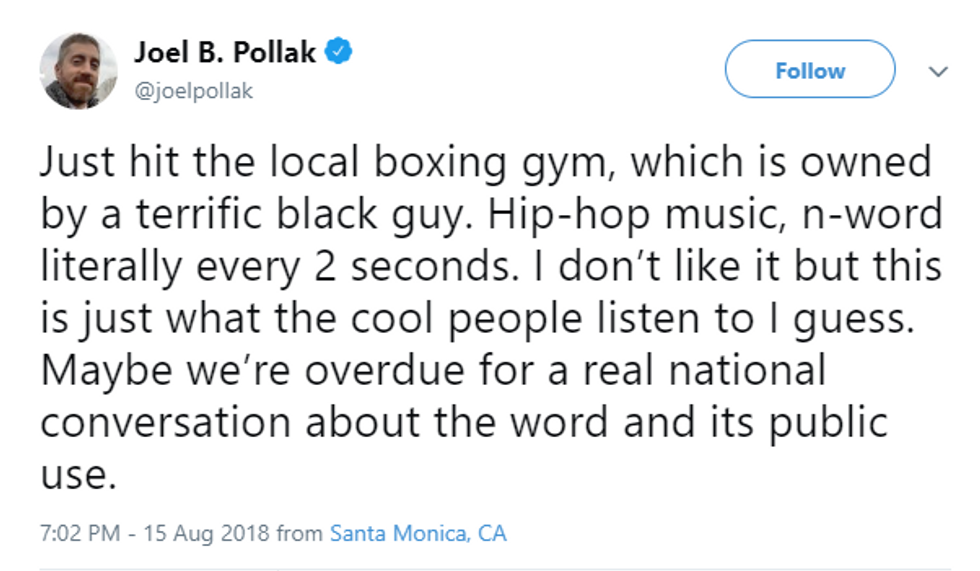 Although Pollak didn't specifically cite the purported Trump "N-Word" tape mentioned this week by estranged Trump loyalist Omarosa Manigault-Newman, many of his followers interpreted his tweet as a preemptive defense of the president should the tape actually exist.

@joelpollak Is your gym Terrific Black Guy Sports Club on Ocean Park? I was thinking of joining
— will galperin (@will galperin)1534344500.0

@joelpollak Just chalk it up to locker room talk like you have thing in the past and youll be ok
— dan goodwin (@dan goodwin)1534345645.0