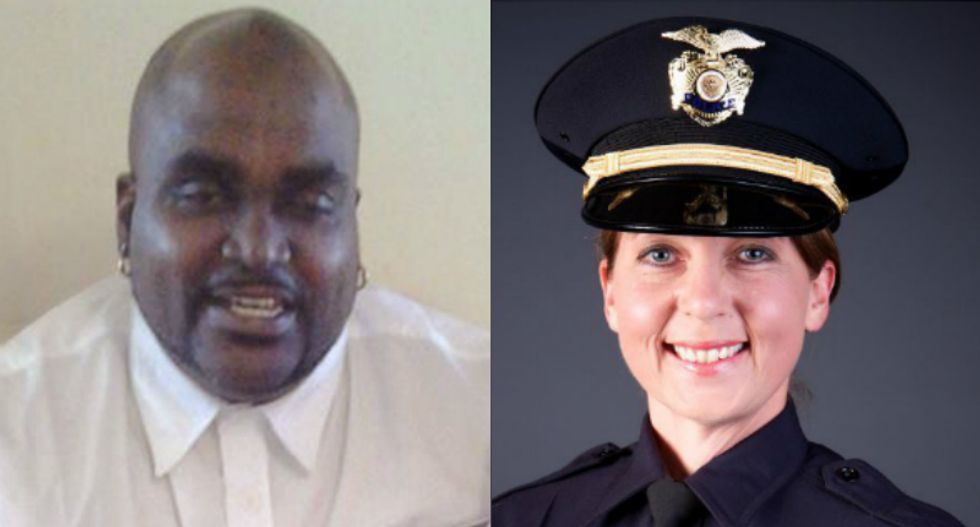 A former Tulsa police officer acquitted for killing an unarmed black man is teaching a class on how to "survive" officer-involved shootings — a move that drew sharp criticism from the community and the victim's family.

Tulsa World reported that former TPD officer Betty Shelby — the woman acquitted in 2017 for shooting and killing 40-year-old Terence Crutcher the year prior — is teaching a class on "surviving the aftermath" of such shootings at the Tulsa County Sheriff’s Office starting Tuesday, August 28.

Local NBC affiliate KJRH reported that Shelby's class drew protests Monday from activists in Tulsa outside the courthouse where it will be held. The protest included Crutcher's family.

The class, titled "Surviving the Aftermath of a Critical Incident," will teach law enforcement officials how to assess "many of the legal, financial, physical, and emotional challenges" associated with officer-involved shootings.

After being acquitted in 2017, the officer left the Tulsa police department and became a deputy with the Rogers County Sheriff’s Office.