A cult next door: When utopias go wrong 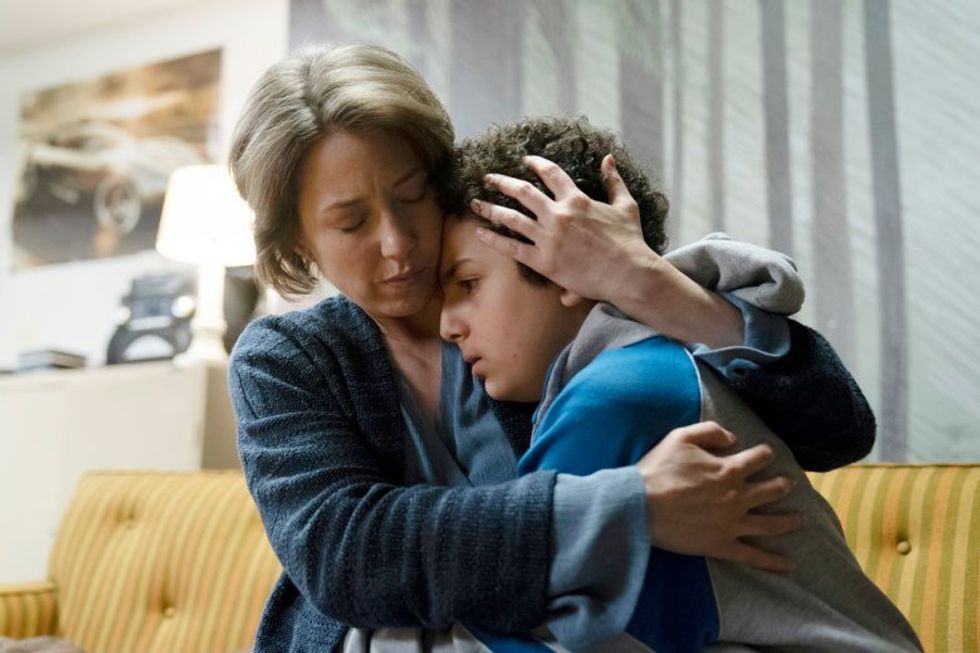 “The Sinner,” an atmospheric murder mystery airing Wednesdays at 10 p.m. on USA Network, is slowly settling in to the enigma that is Mosswood Grove, the unsettling “utopian community” around which the second season whirls.

Maybe it goes without saying that the fictional Mosswood is unsettling given the real-life places it is meant to evoke. Phrases like “utopian community” get translated by our brains as “cults,” especially in this era when, according to a number of experts, our entire country may as well be ensnared by a cult leader.

At the same time, it’s probably easier right now, in this moment, to understand how places like Mosswood could happen, which is why showrunner Derek Simonds takes pains to avoid the usage of the word “cult” within its scripts. A character does utter it, and certainly the residents of Keller, the town nearest to Mosswood, view the outsiders living there with no shortage of suspicion.

However, in the plot’s dreamy dance between here and now and memory, we’re allowed to entertain the draw of the place. Our world is crazy, in case you haven’t noticed. A number of stories have verified that it may indeed be making our society more depressed and mentally unstable. Knowing this, feeling this, if you could sensibly excise yourself from the disorder of the world in order to focus inward, why wouldn't you?

If you could to labor in concert, equitably and peacefully with like-minded souls to work toward a singular purpose; if you could give up cable TV and vacations and Target runs and Twitter outbursts and Internet for once and for all, and pursue a quieter existence surrounded by community support, doesn’t that kind of make sense?

People are answering that question in the affirmative all the time, hence the modern rebranding of communes as “intentional” or “co-housing” communities. Communes are now synonymous with weirdness; in their mildest incarnations, they produce strange hippie children or very structured adults who don’t like to go into the specifics of where they come from.

On the other end of the spectrum, see Netflix’s “Wild Wild Country.”

And this may be the reason Carrie Coon’s Vera, the woman who emerges as the leader of Mosswood, makes such a fascinating antagonist in this anthology series’ second season.

“The Sinner” is what’s known as a “whydunit,” something of a cutesy phrase meant to convey how its mystery differs from the typical TV homicide investigation. It’s a simple idea: each story begins by showing the murder itself and the perpetrator in hand, with no question of reasonable doubt.

Season 1 is based on a novel and gives us Cora Tannetti, a guarded woman who inexplicably stabs a man to death with witnesses looking on, while she’s at the beach with her family. In determining why Cora would commit such violence we descend into the inky psychology of the traumas she endured prior to her murderous act and, in doing so, exposes broader-reaching crimes.

The role earned Jessica Biel a Golden Globe nomination and introduced detective Harry Ambrose (Bill Pullman), whose character provides a through-line between the first and second seasons. It’s also a very singularly focused mystery that starts with one woman, hinting along the way that Harry is sitting on his own cask of secrets.

From there the thriller spreads out from the story of how one woman is moved to murder to reveal her piece in a larger puzzle.

And even as it leaves its source material behind this anthology's sophomore entry is to follow a similar pattern: in the opening episode, an 11-year-old boy named Julian (Elisha Henig) goes from smiling innocently in the back seat of a car during a road trip, listening as his mother and father regale him with tall tales about Niagara Falls, to sitting by, frozen in shock, as he watches them die horribly on the floor of a motel.

Moments before, each of them consumes a mug of tea Julian brings to them. When the cops find them, rocks have been ritualistically placed over their eyelids and Julian is hiding in the woods behind the place, utterly terrified.

Detective Ambrose joins the investigation at the invitation of a green detective named Heather Novack (Natalie Paul), the daughter of an old friend, who urges him to return to his home town of Keller — the closest burg to Mosswood — to assist her.

But the story only really gets weird once Vera shows up. Coon’s performance vacillates between maternal forcefulness and an off-putting serenity, depending on context. Viewers of “Wild Wild Country” may not see overt notes of that story’s matron Ma Anand Sheela in Vera, but they have a few traits in common, foremost among them a facility for strategically masking their true intentions.

Vera claims to be Julian’s mother, and that Julian was being kidnapped and poisoned his keepers in an act of self-defense. A visit to Mosswood blurs the truth even more: there Julian is the only child cohabitating in a place run by distrustful adults, all of whom are obsessed with what Vera describes as “the work,” a practice dedicated to exposing one's "inner shadow" as well as discovering other aspects of the self.

For reasons yet to be revealed, this “work” involves a tall rock set in a place of prominence within a structure.

And shadows play an uncredited starring role in the second season's plot. Something about Julian’s case triggers haunting, violent memories in Harry’s past involving his mother, and similarly, other elements of the case bring Heather’s unreconciled regrets to the surface. Her inner demons are born out of a sense that she’s failed a friend who may be connected to the case somehow, and who definitely spent some time in Mosswood.

Mosswood could simply be an intentional community defying the norms of Keller, or it may indeed be a cult. Vera does not make it simple to suss out which definition holds true; maybe both are. In either case, what this second season is doing quite well so far is establishing how easily generalized anxiety can be channeled and exploited.

The “utopian community” next door to Keller may indeed be just be weird or it could be hiding something. Vera might be a protective den mother to a community dedicated to privacy, respite and psychological wellness or she could be a charismatic, manipulative monster. They are fictional stand-ins for any neighbors you suspect might become a problem if the world suddenly falls to pieces.

The implied scariness of Vera, though, is how susceptible those who should know better are to her message and the “work,” whatever that may be. We’re still finding out.

And as this season of “The Sinner” continues, we may find that the greatest danger is not a single woman but the silent invasion of whatever the “work” is. Maybe it’s a nebulous threat quietly spreading via a network of roots that the everyday folks of Keller believe they can ignore, until that becomes impossible.

The feeling is unsettling and familiar enough to compel us to keep a close eye on it.