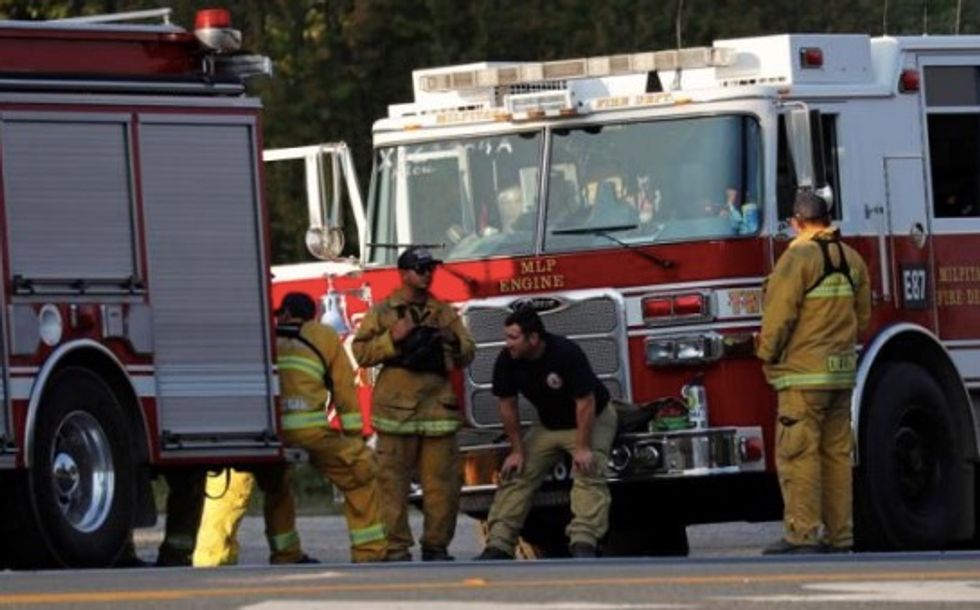 Extreme weather conditions are expected to return on Thursday and could stoke wildfires in California where thousands of weary firefighters are battling the destructive and deadly blazes.

In the Redding area, where the Carr Fire has killed six people, including two firefighters, fierce winds of 25 miles (40 km) per hour, temperatures above 95 degrees Fahrenheit (35 Celsius) and extremely low humidity were in the forecast from Thursday evening until Saturday, the National Weather Service said.

This could lead to “dangerous and rapid irregular spreading of a large wildfire”, the service said in an advisory.

California Department of Forestry and Fire Protection (CalFire) commanders said on Wednesday the fire, sparked by a vehicle on July 23, was burning with far less intensity this week and posed little immediate threat to populated areas.

Despite the outlook, strong gusts along the upper ridge lines were a concern on the fire’s rugged western flanks, a few miles from the town of Lewiston, which remained evacuated.

More than 4,200 firefighters have spent 11 days battling the blaze, which has scorched 121,000 acres (49,000 hectares), laying waste to entire neighborhoods in the scenic Shasta-Trinity region.

Law enforcement officials said the last four people reported as missing among a list of 20 whose names were published on Tuesday were located safe on Wednesday.

The Carr Fire was one of eight large wildfires burning in the state and 93 burning in the United States, mostly in the West, according to the National Interagency Fire Center.

The intense wildfires have been fueled by several years of drought-dessicated vegetation, and stoked by frequent and persistent bouts of erratic winds and triple-digit temperatures.

To the southwest of the Carr Fire, more than 3,000 firefighters were battling the 95,000-acre Medocino Complex, made up of the Ranch and River fires that have destroyed seven homes and forced thousands to evacuate. High temperatures, low humidity and afternoon winds along with low fuel moistures are aiding large fire growth, fire officials said.

Reporting by Brendan O'Brien in Milwaukee; editing by David Stamp