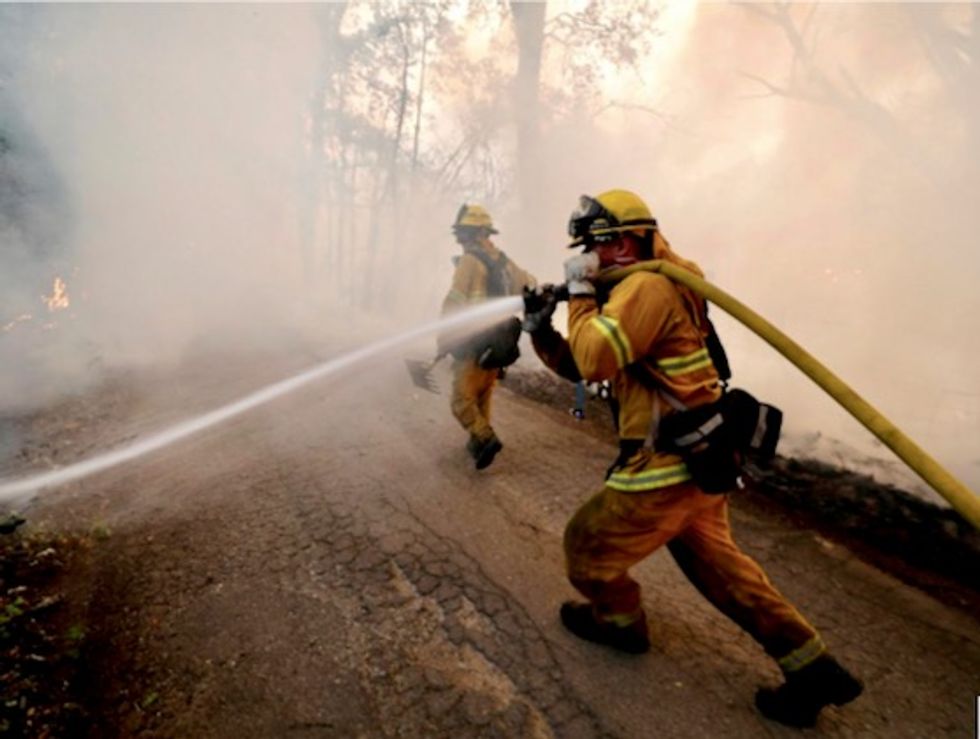 A firefighter has been killed battling the largest wildfire in Californian history that has been stoked by prime fire weather conditions as it has destroyed dozens of homes.

The unidentified firefighter was killed on Monday while battling the Ranch Fire, one of two blazes that make up the Mendocino Complex, which has already charred about 349,000 acres (141,200 hectares), the California Department of Forestry and Fire Protection (Cal Fire) said.

The Utah firefighter was airlifted to a hospital where he died, fire officials said during a news conference late on Monday.

“We are extremely heartbroken for this loss,” Mendocino Complex incident commander Sean Kavanaugh said, adding that officials will release more information as it becomes available.

The firefighter was the sixth person killed battling California’s intense wildfires this year, which have been some of the most destructive in more than a decade as they have forced tens of thousands to evacuate.

The Mendocino Complex, which has destroyed 146 homes since it began on July 27, has been stoked by persistent hot, dry and windy conditions. Crews have been able to cut containment lines around 68 percent of the northern California fire, Cal Fire said.

The complex is one of about 110 major wildfires burning across the western United States which have burned more than 8,900 sq miles (23,000 sq km), an area larger than the state of New Jersey, according to the National Interagency Fire Center.

Though temperatures had dropped from their triple-digit highs in recent days, they were expected to stay above 90 degrees F (32 C) through Friday. The cooler temperatures gave firefighters on Monday a chance to attack the string of major wildfires across California, fire officials said.

Another massive blaze, the Carr Fire, has blackened about 207,000 acres and killed eight people in and around Shasta County, north of Sacramento near the Oregon state line. It was 63 percent contained as of Monday afternoon, Cal Fire said.

In Southern California the Holy Fire, which authorities say was set on Aug. 6 by a disgruntled homeowner in an Orange County canyon, was 59 percent contained after torching more than 22,000 acres and destroying a dozen cabins.