Follow the money: how Mueller's team made the Manafort case 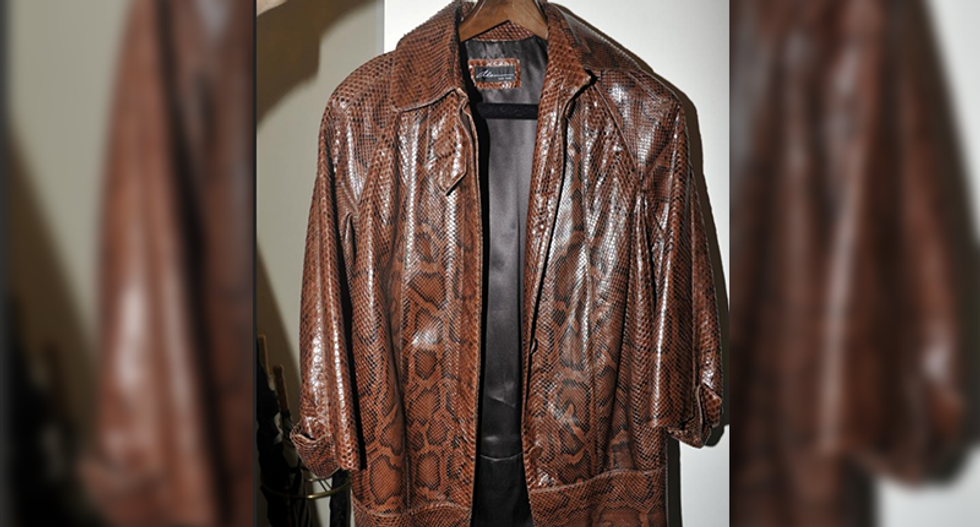 Paul Manafort’s $15,000 ostrich skin jacket and other evidence of the former Trump campaign chairman’s conspicuous consumption grabbed the headlines during his tax and bank fraud trial.

But it was the detailed and methodical testimony of an FBI forensic accountant who traced Manafort’s money that may have sealed his fate.

Manafort, a veteran political operative, was convicted on Tuesday on two counts of bank fraud, five counts of tax fraud and one charge of failing to disclose foreign bank accounts. Jurors in federal court in Alexandria, Virginia, could not reach a verdict on 10 other counts, resulting in a mistrial on those charges.

Manafort’s lawyer, Kevin Downing, said his client was disappointed in the verdict and was evaluating his options.

The trial of Manafort, who chaired Donald Trump’s campaign in mid-2016 when Trump was selected as the Republican presidential nominee, never dealt with possible collusion between the campaign team and Russia or efforts to obstruct justice that Special Counsel Robert Mueller is investigating.

But it was the first courtroom victory for Mueller, and the prosecution reflected his customary thoroughness, according to former subordinates in the FBI and Justice Department.

On Aug. 8, a week into the trial, FBI accountant Morgan Magionos described document after document showing how Manafort controlled a web of overseas bank accounts that wired $16 million in untaxed income to U.S. businesses ranging from landscapers to the clothier in Manhattan that sold him the ostrich jacket.

Prosecutors entered 388 exhibits into evidence and offered testimony from 27 witnesses who painted a picture of Manafort as a tax cheat who used offshore accounts to hide a significant portion of the $60 million-plus he earned working for pro-Russian politicians in Ukraine and lied to banks for obtaining loans when the work dried up in 2014 and he needed cash.

Although vivid examples of his lavish lifestyle were on display throughout the trial, it was the nuts and bolts of the money trail that prosecutors employed to establish his guilt.

Magionos walked the jury through how Manafort used offshore accounts with money on which he had not paid taxes to wire $6.7 million to purchase New York real estate, a half-million dollars to buy antique rugs in Virginia, and $750,000 to landscape his estate in the Hamptons.

Magionos was also the first witness whom prosecutor Greg Andres mentioned in his closing statement, and Andres went on to invoke her testimony 13 more times to the jury.

Daniel Alonso, former chief of the criminal division of the U.S. Attorney’s Office in Brooklyn, New York, lauded Mueller’s team’s painstaking work stitching together the witnesses and evidence, each corroborating the other.

Andres and Andrew Weissmann, a key architect of the Manafort case, worked together in the Brooklyn federal prosecutor’s office nearly two decades ago.

“The public doesn’t realize how difficult it is to get all that evidence and all those witnesses in court at the same time,” said Alonso. “This is the way we did it in the Eastern District of New York. ... . It’s the way it’s done by good U.S. attorneys around the country.”

Weissmann made a name for himself as a leader on the federal task force that investigated fraud at the energy company Enron, which collapsed in 2001. In 2011, he became Mueller’s general counsel when Mueller was running the FBI.

It was around the same time that Magionos, a cellist and former employee at Deloitte & Touche, joined the FBI as a forensic accounting specialist who makes sense of complex financial transactions and ferrets out fraud.

Her testimony immediately followed that of Rick Gates, ostensibly the prosecution’s “star witness” who testified that he helped Manafort commit various frauds, but whose credibility withered under cross-examination about his own wrongdoing.

Andres used Magionos to introduce nearly 50 exhibits into evidence, including documents opening bank accounts in Cyprus and St. Vincent and the Grenadines that were secured under a legal treaty, some of which had Manafort’s passport on file.

“She was the one who allowed that star witness to testify,” said former federal prosecutor Michael Zeldin, referring to Andres’ memorable comment in summations that the “star witness” of the case was “the documents,” not Gates.

Manafort’s defense team was able to raise doubts about the testimony of some of the witnesses, leading to the jury failing to reach a consensus on 10 of the charges.

Under cross-examination, Magionos acknowledged that a signature of Manafort’s on account documents for Actinet Trading Ltd, one of his Cypriot entities, did not appear to match his signature on a separate document secured in a search of Manafort’s home. But she did not flinch when pressed on how she could be so sure it was Manafort’s money.

“I do see who benefited the most from the disposition of funds from that account,” Magionos replied.

Magionos testified that $3 million was wired in 2012 from Actinet’s bank account to the trust account of Manafort’s longtime real estate lawyer, Bruce Baldinger. Around the same time, a nearly equal amount was transferred to a title company for Manafort’s purchase of a brownstone in Brooklyn, she said.

In the end, jurors heeded a plea made by prosecutor Uzo Asonye in his opening argument three weeks ago.

“He got the bank loans. He got the money. He got to use the untaxed income,” Asonye said. “As the old adage goes: Just follow the money.”