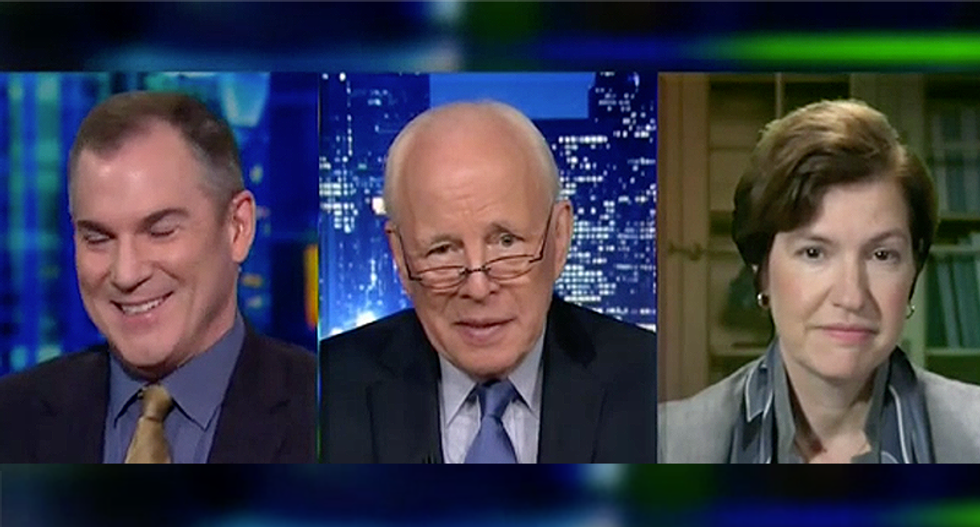 CNN's political panel laughed hysterically during a discussion about President Donald Trump's accusations he's made over Twitter in the past years.

Most recently, Trump compared special counsel Robert Mueller to former Sen. Joseph McCarthy (R-WI), who became known for his witch hunt against communists and those who spoke out against it.

"Study the late Joseph McCarthy, because we are now in period with Mueller and his gang that make Joseph McCarthy look like a baby! Rigged Witch Hunt!" Trump tweeted on Sunday.

"If the American people studied McCarthy they'd say, 'Wow, he bears a lot of resemblance to President Trump,'" said New York Times columnist Frank Bruni. "He would hurl accusations without any questions or facts."

Meanwhile, Mueller continues to refuse to speak with the press while gathering facts and evidence in the Russia investigation. Bruni noted his behavior is the exact opposite of McCarthy.

"I don't think Donald Trump knows his history very well," said John Dean. "This is a real draw to find any comparisons between Joseph McCarthy and Bob Mueller. It just doesn't fit at all, and his entire defense team -- they just talked in non-sequiturs. The business about 'he could run the investigation,' that's not true. The president does not control a grand jury. A grand jury is an independent body. And that grand jury would toss him out if he tried to get in and tell them what to do."

Lemon speculated that the last thing Trump should want is for Americans to study McCarthyism.

"My guess is Donald Trump learned a lot about McCarthyism from Roy Cohn, and he learned the techniques of McCarthyism," said global affairs analyst Susan Glasser. "In some ways, you could argue Trump is the most successful demagogue in politics since Sen. McCarthy. He was once reported to be as close to Roy Cohn, as if Roy Cohn was a second father to him."

All of it is being displayed in real time on his presidential Twitter feed, which the panel noted was remarkable.

"It's almost like he's seeing a version of himself and attacking them, you know?" Glasser continued. "This Twitter feed is, I'm convinced, going to be studied for generations by historians, who say, we've never had this unbelievable, real-time, insight into this complicated and at times even bizarre rantings of the most powerful man in the world."

Dean noted that as he understands it, the tweets from Trump are being archived as part of the presidential record.

"They'll be considered presidential documents, no less," Dean said. "This may be the core of his presidential library, which will be on the top floor of a casino."

"A library of tweets," Bruni laughed.