Law school professor unleashes on Justice Sonia Sotomayor: She is only on the bench for 'Latinaness' 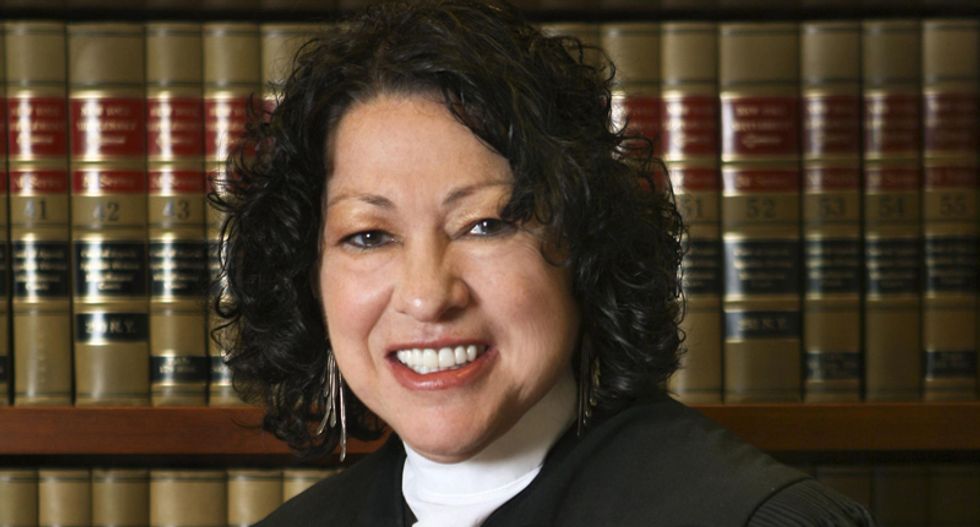 Supreme Court Justice Sonia Sotomayor may have graduated from Princeton University and Yale Law School, but a Chicago University professor thinks her appointment to the high court is only due to race.

Professor M. Todd Henderson had quit Twitter in a huff after a scandal about an immigrant slur, recalled Above the Law writer Joe Patrice.

The online battle began when another person pointed out that Americans shouldn't care if Brett Kavanaugh carpools or picks up kids from soccer practice. What matters is “getting shot by the cops from a cruiser window.”

Henderson retweeted the comment with his racial commentary and false facts:

"I'm old enough to remember when a second-class intellect like Sotomayor got into the Court because her Latinaness gave us insight into her soul," he tweeted.

"The context of Henderson’s argument is that Brett Kavanaugh’s carpool skills are equivalent to a Latinx background, which is as demeaning as it is stupid," wrote Patrice.

Sotomayor previously served on the U.S. District Court for the Southern District of New York before being appointed judge of the U.S. Court of Appeals for the Second Circuit. She was voted into the Court by a 68-to-31 vote in the Senate.

Read the full commentary from Patrice at Above The Law.