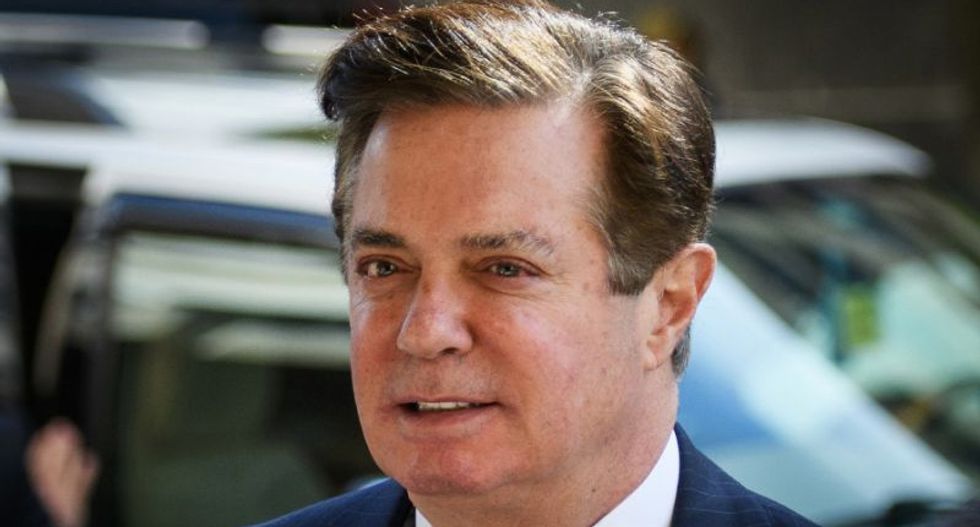 Lawyers will begin closing arguments Wednesday in the explosive trial of former Donald Trump campaign chief Paul Manafort, after which the veteran political operative's fate will rest with the jury.

After hearing some 20 witnesses for prosecutors describe how Manafort allegedly evaded taxes on millions of dollars and repeatedly lied to banks as he borrowed millions more, a jury of 12 could begin deliberating on the case as early as late Wednesday.

Lawyers for Manafort, 69, who faces 18 counts related to tax and bank fraud, had tried to get federal Judge T.S. Ellis to throw out some or all of the charges against him, but Ellis rejected the motion.

In a two-week trial that highlighted Manafort's lavish spending on clothing, including $15,000 for an ostrich-skin bomber jacket and landscaping one of his homes with a flower bed shaped like the letter "M," the jury heard from a former partner and a former accountant on how the longtime political consultant doctored his accounts and laundered tens of millions of dollars through offshore banks.

"The reason Mr Manafort put on no witnesses in his defense is that his lawyers and he believed that they created doubt through their examination of the government's witnesses," said Jacob S. Frenkel, a former US federal prosecutor and partner at Dickinson Wright law firm.

"The challenge for the government is to present the case to the jury as a very simple case. That is Mr Manafort had an obligation to pay taxes, complete his tax returns correctly and be truthful in borrowing from banks.

"If the government can keep it simple, then the case for the jury may be compelling," Frenkel said.

It is the first case to be tried that is tied to the sprawling investigation by Special Counsel Robert Mueller, which is focused on possible illegal collusion between President Trump's 2016 election campaign and Russia.

Trump has denounced the probe as a politically motivated "witch hunt" and denied there was any collusion with Moscow to defeat Democratic presidential nominee Hillary Clinton.

While several others charged in the investigation, including former Manafort aide Richard Gates, have pleaded guilty and agreed to cooperate in the Mueller probe, Manafort has maintained his innocence.

Yet Trump and the 2016 election campaign were barely mentioned during the trial.

The charges against Manafort relate mostly to his handling of money he earned working for Russian-favored politicians in Ukraine from 2005 to 2014, including helping tycoon Viktor Yanukovych become president in 2010.

Besides the trial underway in the US district court in Alexandria, Virginia, Manafort faces multiple charges of conspiracy, money laundering and obstruction of justice filed separately by Mueller's team in a court in Washington.