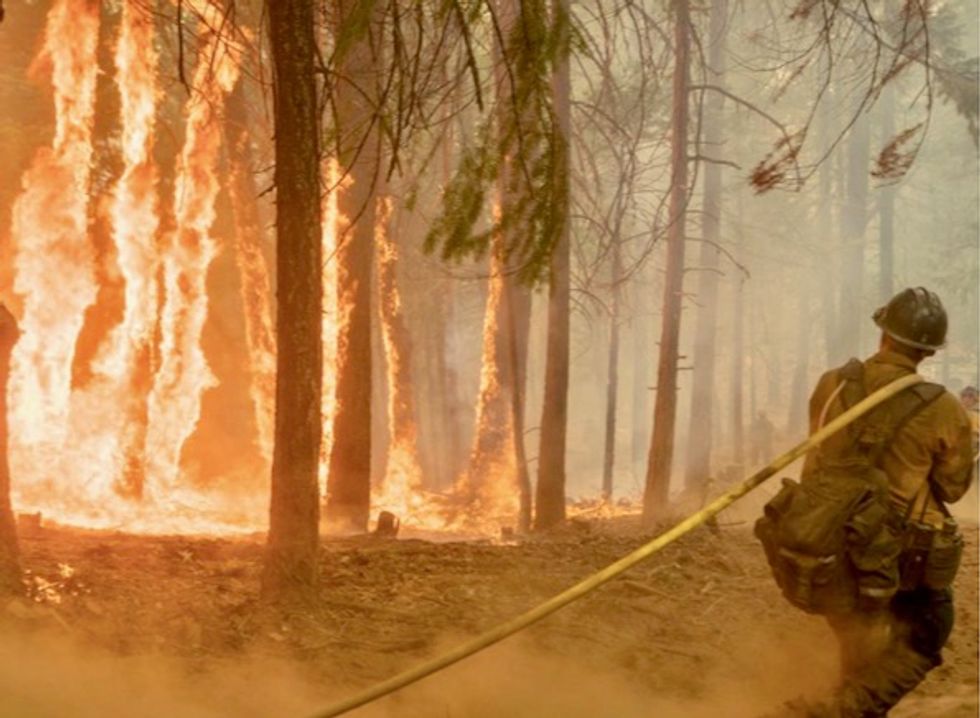 The clouds carried little rain and offered little chance of a break from the bone-dry conditions plaguing the region, the National Weather Service said.

“Initial attack resources could be overwhelmed,” it added in a red flag announcement.

Elsewhere, crews made slow but steady progress against wildfires including one, called the Mendocino Complex, which has become largest in California’s history and killed one firefighter from Utah on Monday.

Emergency crews had managed to set up containment lines around almost two thirds the fire which has raged through the southern end of the Mendocino National Forest, the California Department of Forestry and Fire Protection (Cal Fire) said.

To the northeast, firefighters have been able to carve containment lines around 65 percent of the Carr Fire, which has killed three firefighters, four civilians and a utility worker and burned more than 1,500 structures. The Carr Fire has blackening 211,000 acres, Cal Fire said.

The heart of Yosemite National Park in California was reopened to the public on Tuesday after it was shut down for nearly three weeks due to the Ferguson Fire, which has caused two deaths. But smoke lingered in the air and a key route to the park’s best known landmarks remained closed.