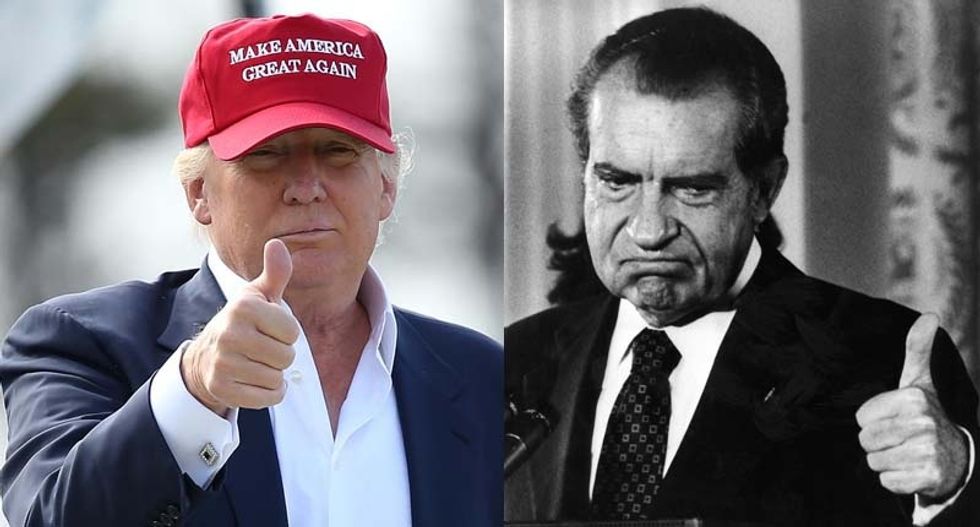 Morton Halperin, a national security expert who served on the National Security Council during the height of the Vietnam War, was personally targeted by former President Richard Nixon as a member of his infamous "enemies list."

Despite this, however, he still thinks President Donald Trump is much more dangerous to the future of American democracy.

In an interview with The New Yorker's Susan B. Glasser, Halperin said that Trump is taking dishonesty and authoritarianism to new heights that Nixon never dared to approach.

"He’s far worse than Nixon," said Halperin. "Certainly as a threat to the country."

Glasser notes that while Nixon kept his enemies list private, Trump seems more than happy to talk about his own list openly during campaign-style rallies with his ardent followers, such as when he declared the American media the "enemy of the people" this week.

Glasser also cites the recent revelations that Trump is "considering stripping the security clearances of six former senior U.S. officials who have emerged as scathing Trump critics," which she says naturally invites "comparisons to Nixon's list."