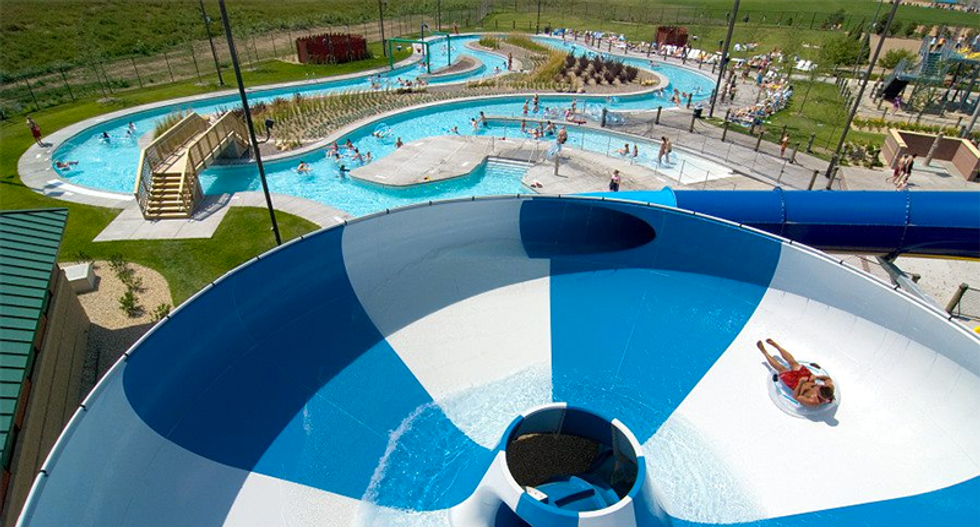 An 18-year-old is in jail after allegedly pushing an eight-year-old boy over a water slide railing. The child fell more than 30 feet from the slide's platform.

Police responded to a call from the Apple Valley Aquatic Center in Minnesota Tuesday afternoon. The boy was alert and breathing when they arrived, though he had multiple broken bones, Fox9 reported.

According to police, Roman Adams of Maple Grove was waiting behind the boy on the slide when the teen picked the boy up and pushed him over the railing. The eight-year-old fell to the hard concrete. The two didn't know each other and didn't appear to have any other interaction.

Apple Valley Police Captain Nick Francis said that Adams is developmentally delayed and an aide was with him at the pool, though it's unclear if the aide was in line.

Adams said that he was upset the line was taking too long. Despite his disability, Adams will face criminal charges.

The boy has already had multiple surgeries to fix his injuries.