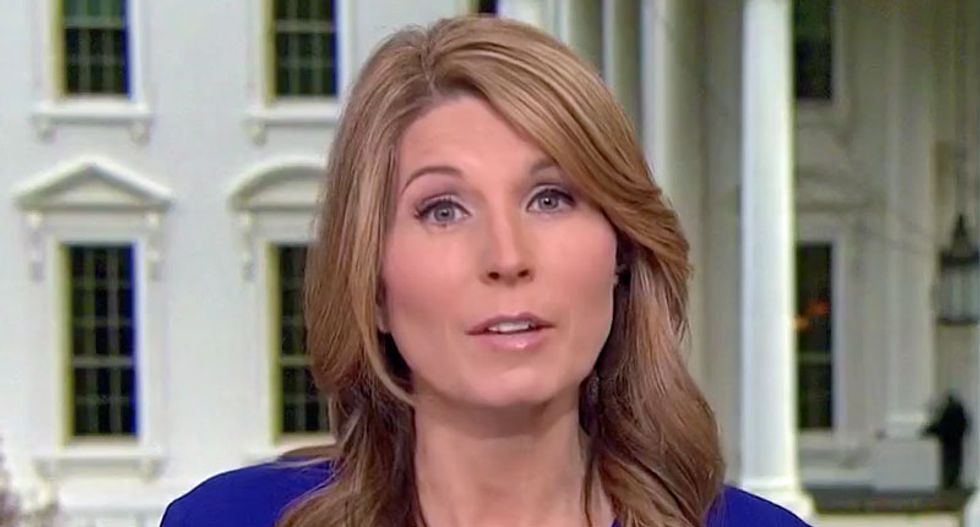 Sam Stein explained that it seems President Donald Trump's legal team is trying to get Mueller to show his cards by asking for all of the questions he intends to ask. Instead, they're ending up with little.

Wallace cut in to say that she thinks they have the questions or at least the general understanding of the line of questioning. She argued that the Trump legal team is likely more interested to see what investigators have on Trump and the family so far.

"I also think, and this is a little bit cynical, but I think they're also trying to push this until after the elections," Stein continued. He noted that he believes Trump is trying to stall so that the findings come after the election and the GOP won't take as big of a hit in the midterms.

Daniel Goldman, the former Assistant US Attorney for the southern district of New York, and Wallace agreed that Mueller couldn't possibly care less and he has all of the time in the world to let the case drag on. Trump had been attacking Mueller on the length of the investigation, but that has quickly calmed.

Goldman said that Trump probably isn't even needed. Instead, he thinks Trump's conversation with Mueller is only about clearing his name and answering whether there are more things the investigators should know.

John Heilemann warned that Mueller could get Trump to admit corrupt intent and be his own worst witness on the obstruction charges.

But it was Wallace's inside information that made for the more fascinating tidbits of information about Mueller.

"What Trump is relying on is Jay Sekulow and Rudy Giuliani telling him that Bob Mueller won't take that step," she said, referring to bringing Trump before the grand jury. "And I have been counseled over and over again from people who are still in contact with Robert Mueller about this investigation whether people who worked alongside him during his 13 years as FBI director or Democratic and Republican investigators of the FBI. He said Bob Mueller wouldn't tell his mother what he was going to do."

She went on to say that the idea that his legal team is reassuring Trump is premature.

"I think The New York Times reports today they told the president that Bob Mueller wouldn't want to risk losing in court, Mr. Mueller threatened to subpoena the president if he didn't sit for a voluntary interview," she continued. "Law enforcement officials who worked with Mueller early, when he was head of FBI from 2011 to 2013 will try to get the president to answer questions. He will probably subpoena him if he doesn't agree to be questioned voluntarily."