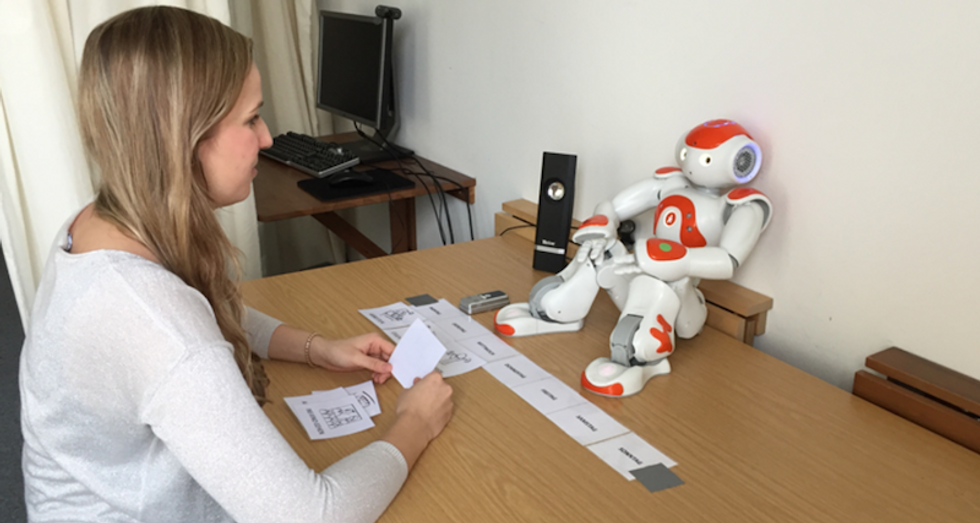 Nao the robot during a German experiment/Screenshot

Humans will refuse to turn off a humanoid robot if the robot begs them, the Washington Post reports.

The findings emerged from "an experiment designed to investigate how people treat robots when they act like humans," which was conducted by German scientists and published in the journal PLOS One. In that experiment, many participants "struggled to power down a pleading robot."

The robot was introduced as "Nao" and the participants asked it questions about it's favorite food and made a schedule.

“No! Please do not switch me off! I am scared that it will not brighten up again!," Nao said.

In a few cases, the human participants refused outright. In the other cases, they took twice the time to unplug the robot.

Asked why they refused, some participants told researchers that "they felt sorry for Nao and his fear of the void" while "others reported that they did not want to act against Nao’s will."

Read the Post story here or the original study here.