The return of hand, foot and mouth disease — and why children are the most susceptible 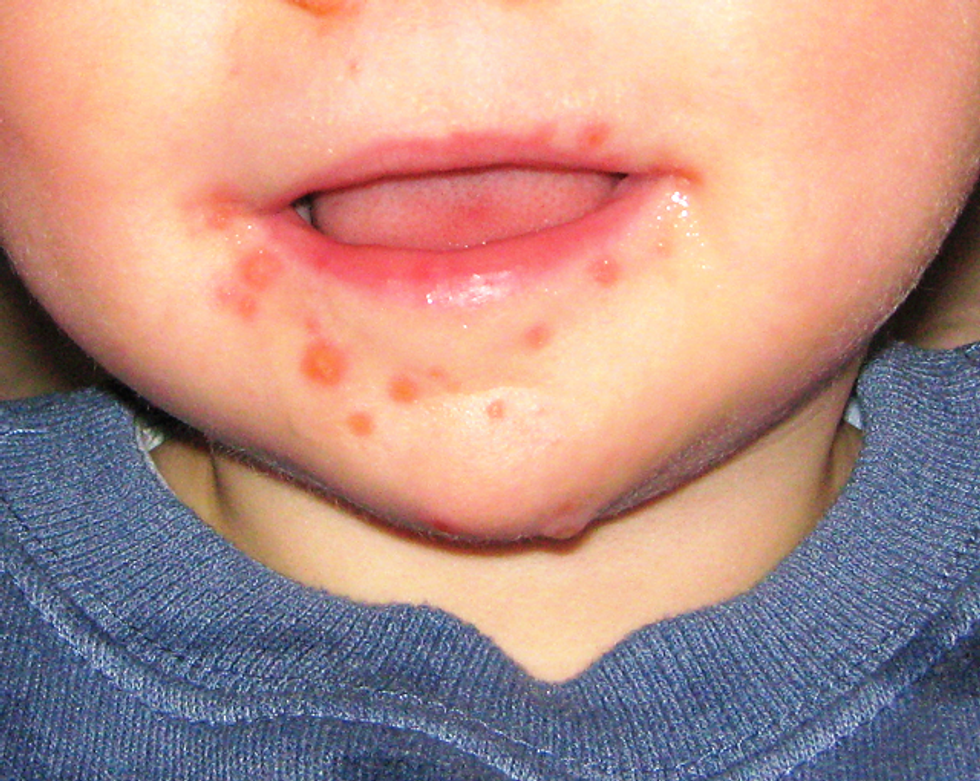 Health and medicine editor Candice Bailey spoke to Kerrigan McCarthy, head of the Outbreak Response Unit at South Africa’s National Institute for Communicable Diseases following an outbreak of the disease in the northern parts of the country.

The impression most people have is that hand, foot and mouth disease is something that animals get. Can humans be infected too?

Hand, foot and mouth disease is a highly infectious skin disease that occurs in infants and children younger than ten years. It is caused by a group of enteroviruses and transmitted by person-to-person contact.

Foot and mouth disease is a highly infectious and sometimes fatal viral infection that occurs in cloven-hoofed animals such as cattle, sheep and goats. It characteristically causes illness that shows up as a high fever, lesions on the hooves and mouths, and lameness in affected animals.

Foot and mouth disease is rarely transmitted to humans but can spread rapidly within animal populations. This poses a greater risk to the agricultural industry than to human health.

How do you get hand, foot and mouth disease, and how do you know if you’ve got it?

Hand, foot and mouth disease is transmitted from one infectious person to another person by direct contact or by droplets of body fluid from the mouth or nose of an infected person. It is also spread through contaminated objects, such as stationery or toys.

Symptoms of hand, foot and mouth disease include fever, sore throat, tiredness, loss of appetite and small, painful blisters inside the mouth, and on the sides of the tongue and the palms of the hands or soles of the feet.

Children under ten years are at greatest risk of infection. It is not common in adults as most people have the infection during childhood and acquire immunity by adulthood. Some people with weak immune systems may be prone to infection.

Are there areas or places that are more prone to the disease?

Sporadic outbreaks occur mostly in crèches, day-care centres and primary schools during the summer and autumn months. This is due to the high transmissibility of the virus between children.

Is there a cure?

There is no specific vaccine or cure. The disease is a self-limiting illness that usually clears without medication after seven to ten days. Patients are advised to allow the disease to run its course, and to rest and drink plenty of fluids. Individual symptoms such as fever and pain from sores can be treated with medication. Very occasionally, children may become dehydrated and require hospitalisation. Pain management is important.

Hand, foot and mouth disease is usually diagnosed on a clinical basis. If symptoms are severe, samples from the throat or stool may be collected and sent to a laboratory to test for the virus.

How can the spread of the disease be stopped?

Educators and parents should encourage children to wash their hands regularly and not to share their eating and drinking utensils. In places where an outbreak has occurred, surfaces must be cleaned regularly, and shared items such as toys and stationery should be wiped and disinfected. Children should avoid direct contact with people who are ill. Affected children should not be excluded from school if they are well enough to attend. There is no need to close schools when there are cases.

There is an outbreak in northern parts of South Africa. How serious is it? When last did this happen?

Six cases were identified in the Limpopo province in March 2016 as part of a localised cluster of cases at a crèche in one of the province’s districts. While there have been reports in the media, and public concern is high, it is important to note that these clusters of cases are to be expected and do not pose a serious health risk to infants or their caregivers.

Provincial communicable disease co-ordinators have done several routine follow-ups at the school after the outbreak. These have shown no new cases. And the National Institute for Communicable Diseases’ hot-line has also not received any new reports.

Prior to the Limpopo outbreak, a school outbreak was reported in a Western Cape school at the beginning of 2016. The outbreak was contained by school officials. But most cases of hand foot and mouth disease go unreported, and clusters of infections may not be noticed.