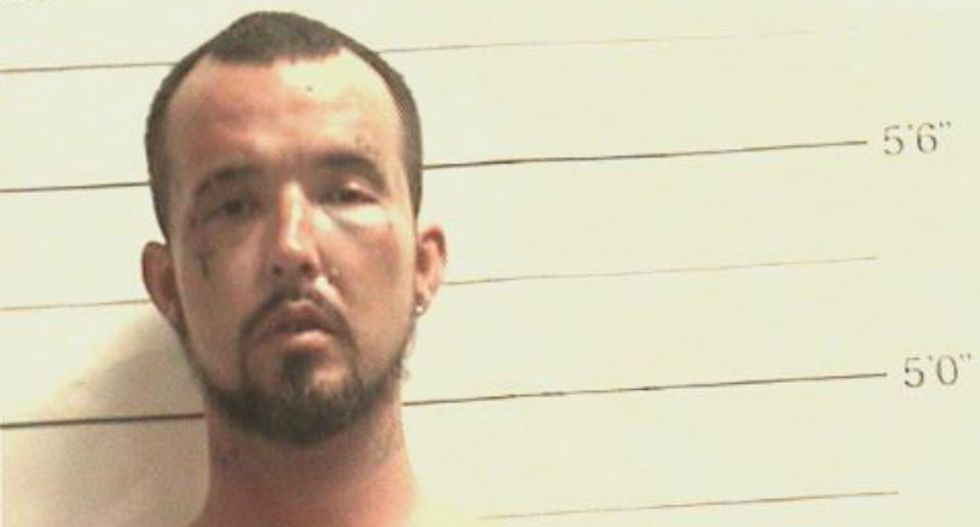 A white New Orleans man has been charged with a hate crime after attacking a black man and bragging to police officers about his Nazi tattoo.

The New Orleans Advocate newspaper reported that after 33-year-old JR Wilson stole a bottle of wine from a gas station the morning of Sunday, August 26, he went outside and got into a verbal altercation with a black man in the parking lot.

The fight turned physical, and Wilson allegedly began stomping and kicking the victim's head after he fell to the ground, causing him to lose consciousness.

The suspect reportedly left the scene but returned — wine in hand — when paramedics arrived.

A witness identified Wilson as the perpetrator and shoplifter, the report noted. When police put him into their cruiser, they asked him about the altercation and got an apparently-incriminating response.

"I don’t know what you are talking about," the suspect initially said before adding that "there will be a lot more of them" because "I have a swastika on my arm.”

Along with "misdemeanor counts of theft, battery and illegal possession of stolen" goods, the report noted, New Orleans police also booked him on a hate crime charge. If sentenced on the hate crime charge, Wilson could receive up to six extra months in prison alongside time spent on his other charges.

"It is relatively uncommon to see police accuse suspects of a hate crime," The Advocate noted.