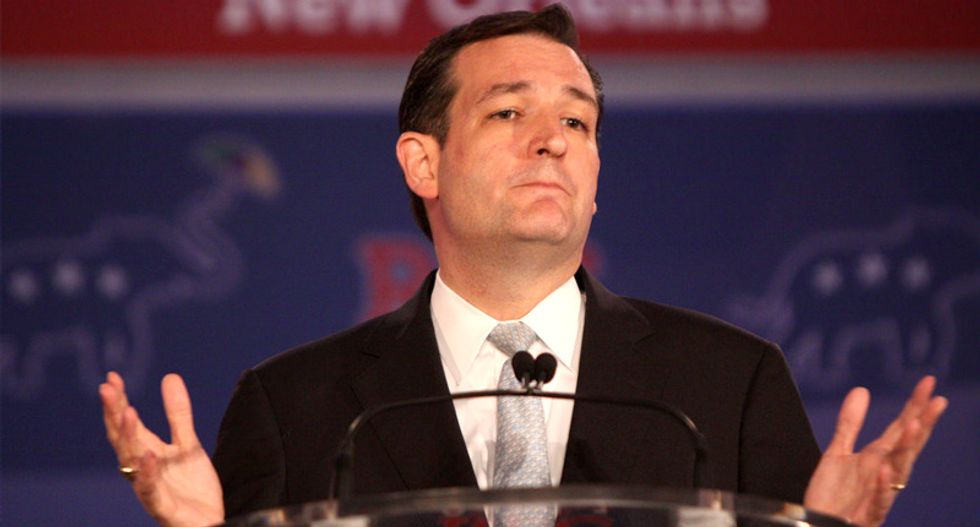 Sen. Ted Cruz, R-Texas, is being called out by some of Alex Jones' victims for defending the notorious peddler of false conspiracy theories.

"When it comes to Jones, we can only presume that you are speaking from ignorance and that you do not know the nature of the conduct you are now zealously defending, nor the harm that has befallen my clients and many others," Mark D. Bankston and William R. Ogden, attorneys representing Sandy Hook parents in Texas defamation lawsuits against Jones, wrote in the Austin American-Statesman on Thursday. "This is not a question of free speech. This is not a question of disagreeing with a person’s political views. This is a question of just how much damage we’re prepared to let a madman inflict on the lives of innocent victims through malicious lies and willful harassment."

They were responding to criticisms from Cruz about the decision by Facebook, YouTube and Apple to remove Jones' content from their platforms, arguing that his encouragement of harassment against innocent people violated their terms of service. It was a decision that many conservatives and Jones' apologists (or defenders) attacked as a violation of Jones' First Amendment rights, even though the First Amendment only bars governments from censoring forms of speech it dislikes, not private corporations.

"Am no fan of Jones — among other things he has a habit of repeatedly slandering my Dad by falsely and absurdly accusing him of killing JFK — but who the hell made Facebook the arbiter of political speech? Free speech includes views you disagree with," Cruz declared on Twitter last month.

He then compared Jones to a Holocaust survivor, evoking Martin Niemöller’s famous poem in a recent speech.

"There used to be a time when reporters were big supporters of the First Amendment," Cruz said, according to the Austin Statesman. "And you know as the poem goes, ‘First they came for Alex Jones.'"

"Here’s something I’ve never said before: I agree w/ @billmaher He stood up to tech censorship online—which many on the Left are embracing & which his audience sadly applauded—saying 'if you’re a liberal, you’re supposed to be for free speech.' He’s right." Cruz tweeted.

The Republican senator is running only four points ahead of his Democratic challenger, Rep. Beto O'Rourke, according to the latest Marist poll.