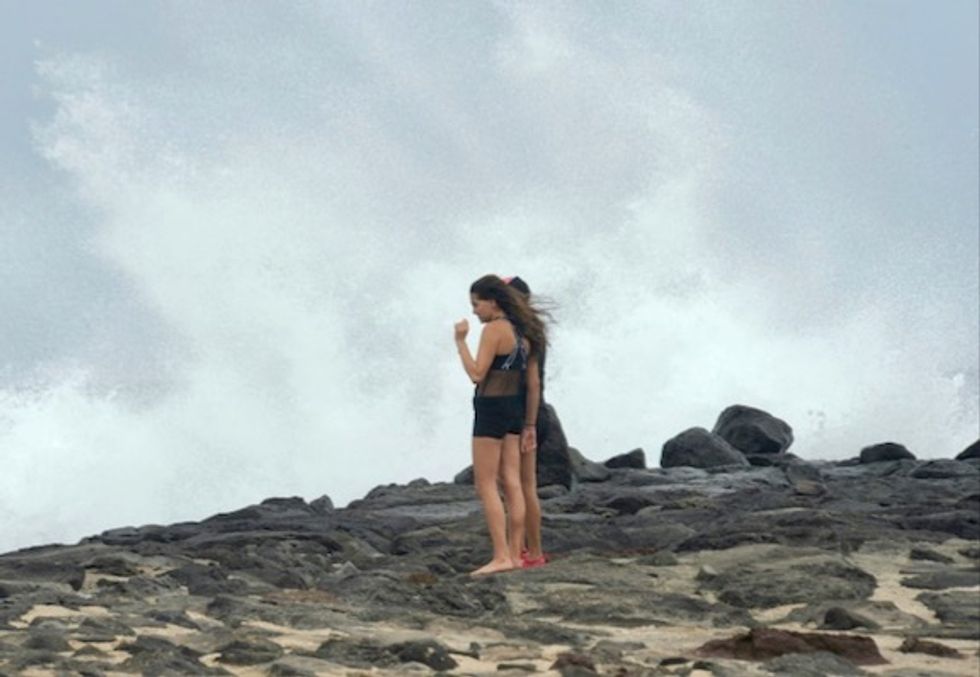 Tropical Storm Lane limped away from the Hawaii islands on Saturday after dumping heavy rain that triggered flash floods but caused no known casualties.

Lane, a powerful Category Five hurricane that weakened into a tropical storm as it approached Hawaii, was located about 195 miles (310 kilometers) southwest of Honolulu, the Central Pacific Hurricane Center said in its 0300 GMT Sunday bulletin.

The National Weather Service dropped all warnings for Lane, but a local flash-flood warning remained in effect.

By Saturday afternoon all Hawaii airports and sea ports were back to normal operations, officials said.

Lane dumped enough rain to trigger landslides -- several of which blocked the main island's Highway 19, a major thoroughfare -- and cause severe flooding in many areas.

The storm may have moved on, but its effects will be felt for several more days.

"Lingering moisture associated with Tropical Storm Lane will produce excessive rainfall over the main Hawaiian Islands through Sunday, which could lead to additional flash flooding and landslides," the Hurricane Center warned.

Governor David Ige said that several school and college campuses had been flooded and were expected to reopen on Tuesday.

Wet conditions will continue through much of next week, bringing up to 10 inches (25 centimeters) of additional rain in already saturated lower areas and twice that much at higher elevations, Federal Emergency Management Agency officials said.

Emergency planners however noted that there were no large-scale power outages, and food and water supplies remained sufficient.

At the height of the storm rain was so heavy that authorities closed the iconic Waikiki Beach, and hoteliers and store owners piled sandbags outside their businesses.

The last major storm to strike Hawaii was nearly three decades ago, when Hurricane Iniki hit the island of Kauai, leaving six dead and causing billions of dollars in damage.