US senators quibble over Brett Kavanaugh stance on abortion 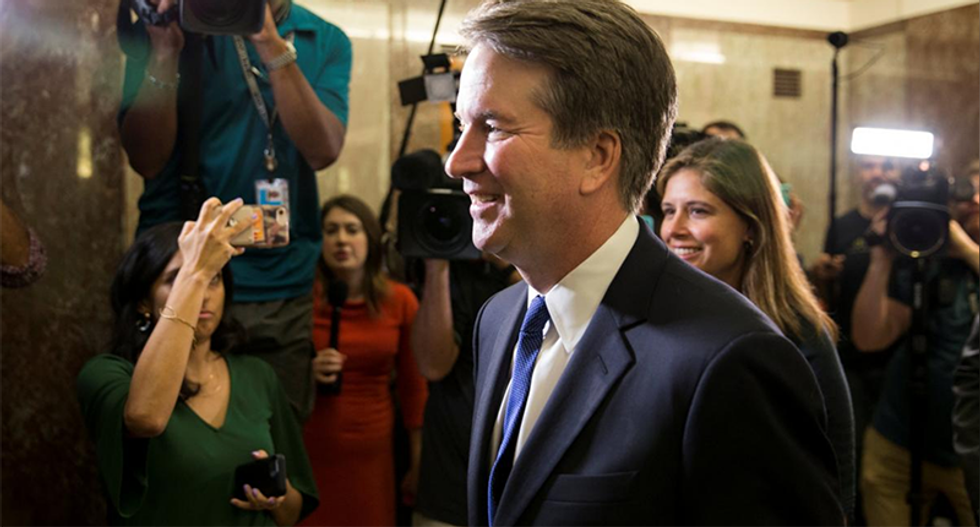 Collins, a Republican who backs abortion rights and is considered a key vote on Kavanaugh’s nomination, spoke to reporters after meeting the judge in her office.

“We talked about whether he considered Roe to be settled law,” she said. “He said he agreed with what (Supreme Court Chief) Justice (John) Roberts said at his nomination hearing, in which he said that it was settled law.”

Settled law refers to a legal position that has been consistently upheld by judges, although it can still be overturned.

Speculation has centered on whether Kavanaugh, a federal appeals court judge with a solidly conservative judicial record, would vote to overturn a woman’s right to abortion. Senate Democratic Leader Chuck Schumer, who met Kavanaugh separately later Tuesday, said the judge did not make it clear whether Roe v. Wade was correctly decided, which Schumer said was the important question that needed to be answered.

“He would not give me any reassurance that he believed Roe or Casey were correctly decided or should be left alone,” said Schumer, who has vowed to oppose Kavanaugh. He was referring to the 1973 Roe decision and the 1992 Planned Parenthood v. Casey decision that reaffirmed it.

Trump, who nominated Kavanaugh on July 9, promised during his campaign to appoint “pro-life justices” who would overturn Roe v. Wade, which legalized abortion nationwide.

Before Kavanaugh can assume the lifetime job on the nine-member court, the Republican-controlled Senate must vote to confirm him.

Kavanaugh’s judicial record on abortion is thin, although last year he was on a panel of judges that issued an order preventing a 17-year-old illegal immigrant detained in Texas by U.S. authorities from immediately obtaining an abortion.

Collins, a moderate Republican, has said that she could not support a nominee who had demonstrated “hostility” to Roe V. Wade. She said Tuesday she would not make a final decision until after Kavanaugh’s confirmation hearings, which start on Sept. 4.

Collins said her conversation with Kavanaugh, which lasted over two hours, covered a wide range of issues, including abortion and guns and Kavanaugh’s “judicial philosophy.” She called the meeting helpful, productive and informative.

But Schumer was critical, saying Kavanaugh “refused to answer even the most basic questions about his jurisprudence and his judicial philosophy” in a 90-minute meeting.

He said Kavanaugh “either wouldn’t answer or couldn’t’ remember key moments of his tenure” when he worked in White House of former President George W. Bush.

Kavanaugh’s confirmation will require a simple majority in the 100-seat Senate, where Republicans hold a 51-49 edge over Democrats and independents.