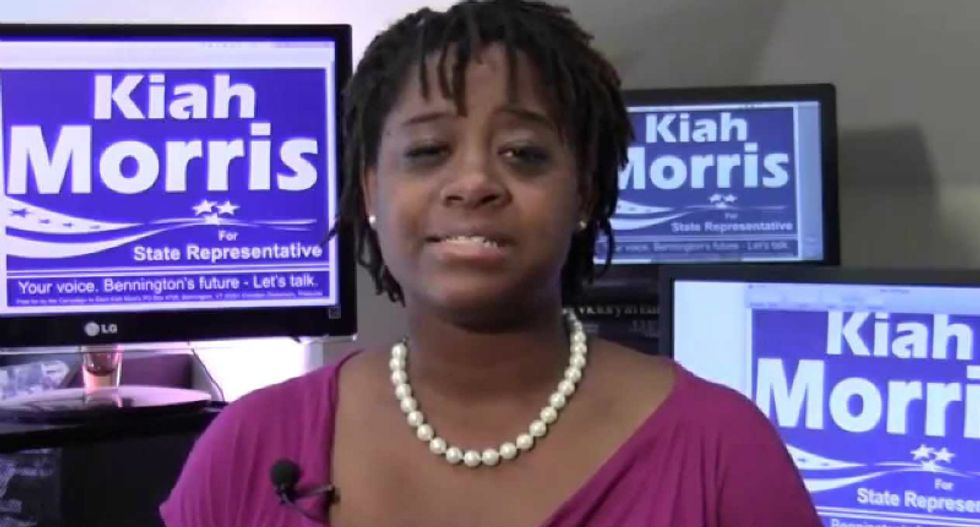 Despite being the only black woman in the Vermont House of Representatives, Rep. Ruqaiyah “Kiah” Morris (D) has dropped out of her race for re-election due to online threats and harassment.

The Huffington Post reported that Morris announced she would serve out the rest of her second term in the Vermont state legislature but would not seek to be re-elected for a third in a Facebook post made on Friday.

"The last two years have been emotionally difficult for many," she wrote in the post. "Political discourse, and in particular within the sphere of social media has been divisive, inflammatory and at times, even dangerous."

"I will finish out my term and pass on the mantle at the end of this year," Morris wrote. "I will continue to serve as your representative, and am available to support the community in any way I can."

"Please know, this is not a 'goodbye forever,' but a 'see you soon,'" she continued.

In a statement to HuffPost, NAACP's Vermont chapter director Tabitha Pohl-Moore said the organization is "extremely disappointed that the situation escalated to this level."

"We continue to work with Representative Morris and authorities on accountability for the perpetrators; not just for Representative Morris and her family, but also for Vermonters of color as a whole,” Pohl-Moore said. “Her safety has been compromised by the actions of people who harbor intense, hateful, racist beliefs. I wish that I could say I was surprised, but I am not."

Vermont Attorney General TJ Donovan on Monday announced that his office is investigating the threats made against Morris.